Beulah girls hold on for win vs Valley 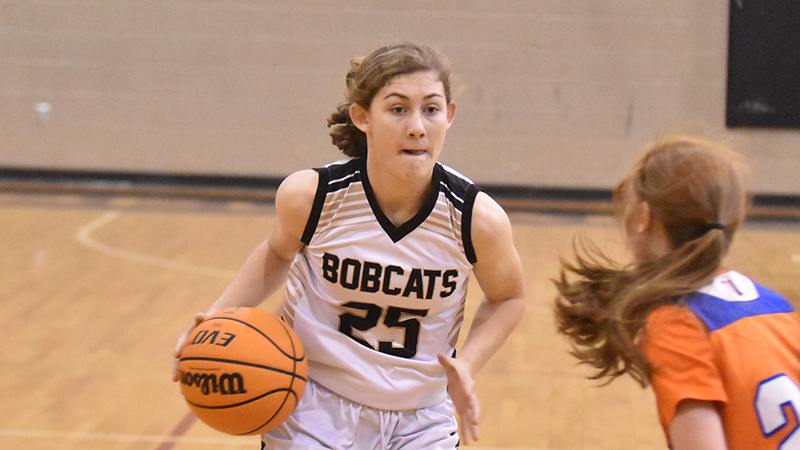 With less than a minute left in the game, Beulah and Valley were tied at 41. Beulah sophomore Brandy Phillips got a step ahead of her defender and floated in a layup to give the Bobcats a two-point lead.

Valley had a chance to answer but couldn’t get a shot to fall in the ensuing 30 seconds, allowing Beulah to claim a key home-court win against its rival Valley 43-41. Beulah improves to 2-3 on the season, while the loss was Valley’s first of the season.

“We got into a little bit of a diamond press and forced a few turnovers and hit a couple of free throws in the end,” Beulah head coach Sabrina Milligan said. “I was really pleased. We led most of the game, then they got into a little press on us, and they took a lead. What I was really proud of was we kept competing. When we got down four with about a minute and a half left to go, I thought we’re going to let one slip away. We got our composure back and hit some big shots.”

Valley led by four with less than two minutes left in the game, but the Bobcats found a way to hit shots down the stretch. Junior Grace Portis hit a free throw and sophomore guard Savanna Clements hit a big 3-point shot to tie the game at 41 with about a minute and a half left in the game. Phillips scored the game’s final three points, a layup and a free throw to ice the game in the final minute of play.

“Defense is our thing,” Milligan said. “We get great looks, but we don’t always make them. Our effort on defense is there every night. We’re not that big, so we have to rely on something, so try to be competitive on the defensive end. That’s the thing I’m really proud of the girls because we’re very competitive on that end.”

At the halftime break, Beulah led by two, as the Rams started to break the press and find a little bit of consistency midway through the second quarter, which continued into the second half.

“We started playing a little bit better defense,” Valley head coach George Grimes said. “We started hitting some shots and got a little run going. It all kind of added up together. We’re still not consistent. We have to be a little more consistent all around.”

The consistency issue that Grimes spoke of came up in the fourth quarter.  Valley failed to score roughly the final two and half minutes, which allowed Beulah to come back and eventually win.

Valley will play Booker T. Washington for its next game, while Beulah will travel to Dadeville on Friday for its first area game of the year.