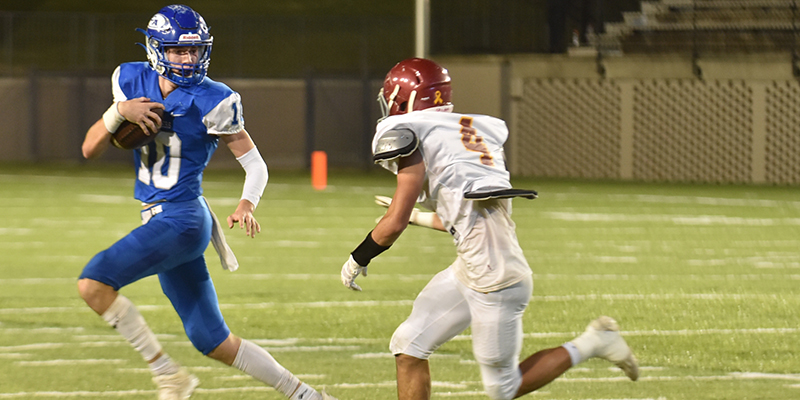 For the last three years, Chambers Academy has had a rock at quarterback. Payton Allen has led the Rebels to three state championships and 36 wins in the past three years, including the 2018 perfect 13-0 season.

In his senior year, Allen was named the Greater-Valley Area Player of the Year.

“It was a great year and a great season,” Allen said. “I just worked hard in the offseason and gave everything I had this year. It was a fun year with my teammates.”

In his senior year, Allen had an opportunity to show off both his passing and running abilities. He finished with 3,209 passing yards, which was second in the entire state, and 31 touchdowns, which was top-6 in the state. He added 1,179 rushing yards and 12 rushing touchdowns as well.

“I just do what I can for our team to win,” Allen said. “I don’t care for the spotlight as much. We won the championship and that was our goal for the entire year. It didn’t matter who got the yards and who got the touchdowns. I’m just glad we accomplished what we set out to do at the start of the year.”

Allen finished as one of the best players in the area during his career, losing just four games as a starter and putting up more than 10,000 passing yards that time.

“It was fun. I wish I could go back and do it again,” Allen said. “It was the best career I could ask for. The teammates, coaches and everyone in the program were great.”

Throughout the season, the 2020 Rebels were a close-knit group. The team, which had a lot of new faces playing important roles, bonded quickly and was able to make 2020 memorable.

“This year was one of the more fun years with a bunch of new guys and a bunch of guys that I’ve been playing with,” Allen said. “We all got along and worked hard as a team. It was a great way to end my senior year.”

In his final game for Chambers Academy, Allen finished with more than 400 yards and scored four touchdowns in the upset win against then-No. 2 Escambia Academy. He played in the AISA All-Star game a few weeks later, winning MVP with his three touchdown scores.

So far, Allen is still trying to figure out which road he will take once his high school career comes to an end. He has a chance to play either football or basketball in college. He has some college offers that want him to play quarterback at the next level, but right now, Allen is gearing up for a chance to win a basketball state championship.