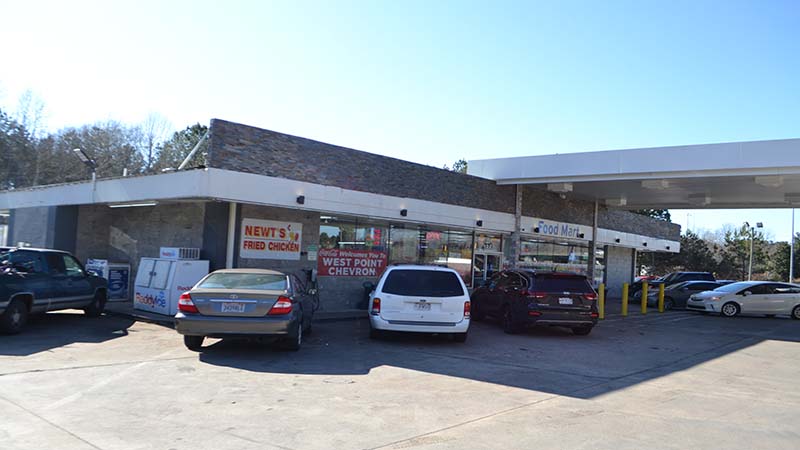 WEST POINT — With Mega Millions and Powerball nearing all-time record jackpots, the lottery ticket business has been good in West Point this week. Many of the customers buying tickets in the local stores have been lured across the state line from Alabama.

Mega Millions will reach $750 million on Friday, its second-largest jackpot ever. Powerball is heading toward $640 million, which would be its fifth-largest on record.

It’s been difficult at times to find a parking space outside West Point Chevron and Food Mart, just off Exit 2 on I-85 on Georgia Highway 18. During the noon hour on Thursday, more than 30 vehicles were parked around the business. At least half of them had Alabama license plates. Most of the ticket buyers are from Chambers and Lee counties, but some are coming from as far away as Montgomery.

Exit 2 in West Point is the closest place where someone entering Georgia on I-85 can stop and buy lottery tickets.

Inside West Point Chevron, there were three lines of customers stretching from the counter back to the drink coolers in the back of the store. Some of them were buying a quick lunch, but many were purchasing lottery tickets with dreams of that big payoff.

Other businesses off Exit 2 were doing well on Thursday. Located up the hill from West Point Chevron, the Summit store was a crowded place as well. On the opposite side of the interstate near the junction of Kia Parkway, the USA Food Mart and Hot Spot Liquor were staying busy selling lottery tickets.

The Food Mart had a large table set up with eight chairs where people could fill out their tickets.

A clerk in the Circle K store on East 10th Street told The Valley Times-News that the sale of lottery tickets was good business for the store, especially between 8 p.m. and 10 p.m. when most people are home from work.

Located just across the state line on Highway 29, the West Point Kwik Stop is a favorite place for some who play the lottery. There are tables and chairs where people can fill out their tickets while grabbing a quick bite to eat.

Clerks at Kwik Shop and Y&T Food Mart said they were pleased with the extra activity.

It’s no secret that a big part of the customer base for all these stores are people coming over from Alabama. That’s okay with the owners and store clerks.

“We don’t care what state they are from,” said one of the convenience store clerks, “if they are good customers, we are glad to have them.”