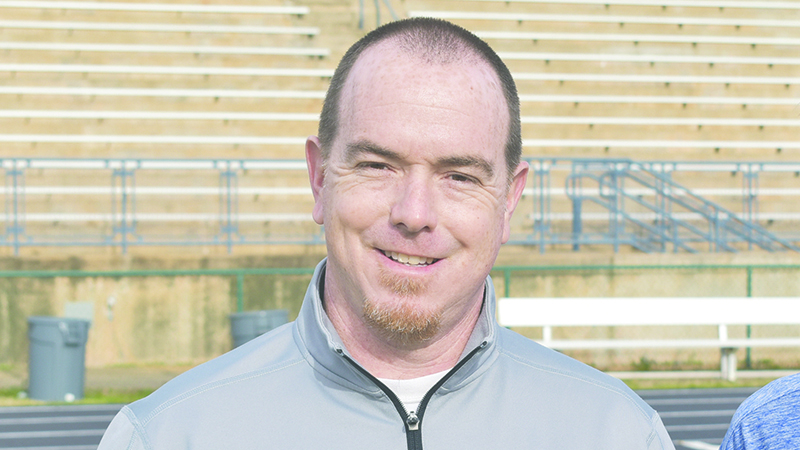 Mike Power has taught at LaFayette High, Valley High and Beulah High over the last decade. Power died Sunday at the age of 47. --Contributed

Whether it was as a coach, teacher or just as a smiling face in the community, Mike Power touched everyone that he met. As a coach, he tried to lead his team to success, while making sure they learned and understood life lessons. In the classroom, he tried to go the extra mile for his students. To everyone else, Power was an example of how to put faith in God and to do the right thing.

Power died suddenly on Sunday at the age of 47 at his Lanett home.

Power had been in the Greater Valley area for a little over a decade, teaching at LaFayette High School, Valley High School and Beulah High School, coaching basketball at every stop.

In 2009, Power was working as an electrical engineer in Melbourne, Florida, but he felt like he was called to do more. He along with his wife, Nadeena, decided it was best for him to go back and get his teaching degree. In 2011, he began his teaching career at LaFayette High School teaching math.

“He was a brilliant math teacher,” Chambley said.

“He graduated from Georgia Tech. When I observed him and watched him teach, he was even better about remaining calm with the kids and getting them to understand what it was he was teaching. Some people have a way of teaching and coaching. As an administrator and now a superintendent, I wish I had the formula. I can’t tell you how people have that or where it comes from, you just know it when you see it. He was one of those. You felt it when you were around him. He was always smiling. I never heard anybody have a bad word to say about Mike and the way he raised his family.”

After a one-year stint at LaFayette High School, Power moved to Valley, where he continued to teach math and coach basketball and was an assistant on the football staff.

“He was one of the first ones that I got to meet, and from the very first time, I met him to the very last day that I knew him, you never, you never heard a negative thing come out of his mouth,” Valley assistant football coach Patrick Shivers said. “Everything was positivity. Everything was looking at the bright side and everything was always so structured. He always had a plan.”

In the eight years, he taught and coached at Valley, Power was involved in a little bit of everything. He coached basketball, football, golf and cross country, helping develop players, some of which moved on to play their select sport at the next level.

“He’s just an unbelievable man,” Valley Athletic Director Adam Hunter said. “His dedication here at Valley High School, speaks volumes about the type of man he was. Coach Power wanted to go out of his way to help everybody, especially these kids. He wanted to be involved, he wanted to help these young kids out. He was a great man of character. He had an absolutely wonderful family. His characteristics and the type of man he showed in those boys of his. He touched so many lives.”

As a teacher, Power made an impact on the students he taught. He showed his dedication to the students and families in many ways in his time in the Chambers County School District.In

The start of the 2020-21 school year brought on a new opportunity for Power and his family. After all the years as an assistant or a junior varsity coach, Power had the opportunity to take his first head coaching position.

He left Valley and joined the Beulah coaching staff as the head basketball coach and an assistant on the football team.

Before every game, Power led the devotion for the team and talked about the season’s theme of manhood.

“He brought it every single Friday. He would talk to the kids about what it meant to be a man and how to be a man, what you should do for your wife and kids. That’s something these kids don’t hear a whole lot. Mike, he did a wonderful job with that. He didn’t draw attention, but once he started talking, you knew he was such a good person, full of life and extremely positive. You just wanted to hear every word he had to say, it didn’t matter who you were.

“He was a man of God. He didn’t hide it and that’s the type of person I wanted on my staff. He shared the gospel with the kids and you can tell the kids really needed that. Every little detail of his life, he would not hide it. He would give examples and talk to these guys about it.”

“I told [the kids] today, he’s gone right now, but he will always be on our sidelines, no matter what,” Matt Johnson said.