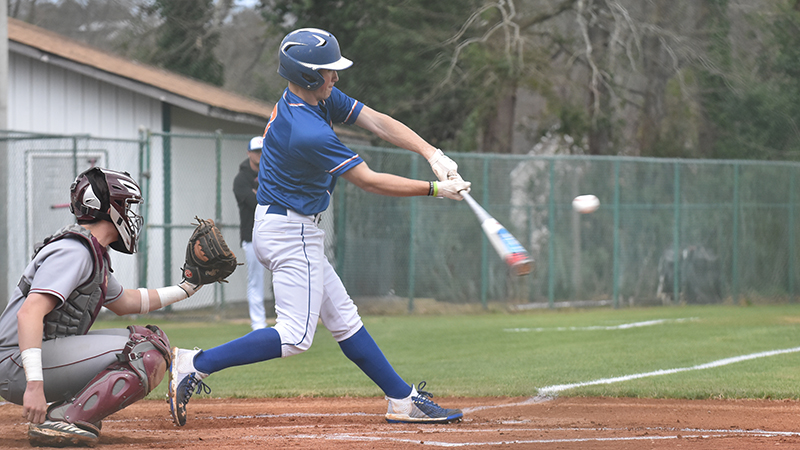 For the past several years, Valley baseball has played a tough non-area schedule, so when the Alabama High School Athletic Association announced Valley was moving from 5A to 6A during the 2020-21 school year, not much changed on the Rams’ baseball schedule.

Valley’s area this season will include Opelika, Eufaula and Russell County, which has been one of the top 6A teams the past several years.

“The area that Valley is in, there’s not really a lot of competition in 5A other than Beauregard, Tallassee. You would have to drive to Birmingham, Mobile or Montgomery. You have to travel a while to play good competition, so you end up playing the local schools, and a lot of the local schools just happen to be 6A and 7A,” head coach Patrick Shivers said. “We’ve always played Opelika, Smiths Station and Central. We’ve always played stout competition around here. I think we’ve earned some respect for being a scrappy team that competes and holds ourselves well. We’re looking to add to that and to keep competing moving into the 6A area. We’re scrapping to get into the playoffs.”

Valley finished 7-4 last season, picking up a couple of early key wins against Troup and Benjamin Russell before COVID-19 shut down the remainder of the season.

The 2021 Rams team brings back plenty from last year’s team including its top three pitchers, which is a huge plus, especially as the season progresses.

“It’s extremely important to have some arms this year and a bullpen that is tested, especially when you get to area play,” Shivers said. “You look at 6A, it’s a different animal. The top-10 in 6A are always in the top-10, and they’re always predominantly strong baseball programs. They all have [pitchers only], a bullpen and specialists, and we don’t. It was very important this year, when talking with the coaches, that we build our bullpen up… Right now, we feel pretty confident with the arms that we have, but we haven’t played anyone in a different color jersey yet.”

On the mound, the Rams will have freshman Jackson Sanders, who committed to Auburn in April, as well as seniors Will Kennedy and Hunter Meadows. Meadows was one of the best strike throwers for Shivers a year ago.

Shivers said that the Rams will pitch differently this year in order to develop their bullpen before area play starts. Instead of letting a starter throw until he needs to come out, Shivers will get several pitchers in games at different times.

“Early on, we’re going to run some 3-2-2 [the starter throws three innings then two bullpen pitchers throw two innings each],” Shivers said. “We’re going to do some different matchups and see what our arms look like.”

While the Rams have experience on the mound, they lost several starters from last year’s team, three of which played in the infield (first base, catcher and shortstop).

While there are going to be some players making their first starts this year, Shivers feels confident in the players that will be stepping into those positions.

“Fortunately for us, all the guys that are taking their spots are all guys that were right up under them last year and were taking those practice reps right behind them,” Shivers said. “I really feel like, defensively, I feel like we can be pretty tough, and I thought that we were pretty good defensively last year. I feel like this team can be just as good if not better defensively. That’s just a credit to them for just working while they wait.”

The Rams will begin their season weather permitting on Monday at 1 p.m. as they host Beauregard.