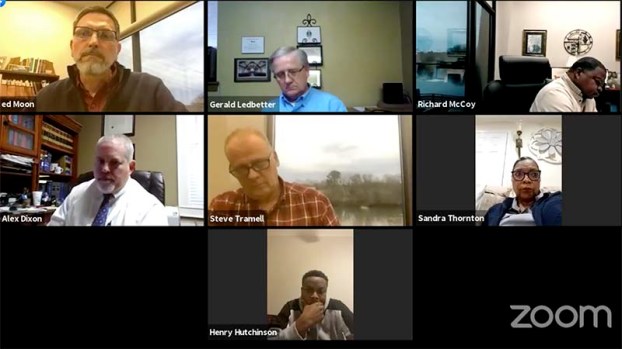 After a lengthy discussion at the Monday evening West Point City Council meeting, the council voted to approve the updated, 20-year comprehensive plan that must be filed with the Georgia Department of Community Affairs by Feb. 28.

Councilwoman DeeDee Williams made a motion to approve the plan with a second from Henry Hutchinson.

It was unanimously approved by the council.

Williams also made a motion to revisit the comprehensive plan in the next work session, which was also unanimously approved by the council.

Williams had some concerns that the Comprehensive Plan Steering Committee that was formed was not a true representation of the West Point community.

“I’ve mentioned my concern about only three members of the community being on the steering committee and those three all kind of represent the same area of town,” Williams said.

The Comprehensive Plan Steering Committee is comprised of city staff and citizens of West Point.

Williams also said that she felt the council should take time and review the plan to make needed adjustments.

“I’m proposing that we amend it if need be,” she said. “It may be that we’ll go through the due diligence and realize that we don’t want to change anything, I don’t think that will be the case because I think there are some voices that have not yet been heard.”

In other action, the council passed the motorized cart ordinance.

The ordinance governs every motor vehicle with at least four wheels, capable of carrying a load of 1,300 pounds or less with a max speed of less than 20 miles per hour.

In order for the city to get signage and registration labels, the city had to pass the ordinance first, so the ordinance will become effective 60 days after adoption by the city council so that these items can be in place.

To operate a cart within the city, the owner must complete the registration process and must possess a valid Georgia driver’s license.

The council also passed two resolutions to enter into an agreement with the Georgia Department of Transportation, for utility aid on the construction of roundabouts on Highway 18 and a bridge over Long Cane Creek on Highway 80.

In closing, Williams asked for an update on the levelized billing, to which Tramell said, “that’s going to go into place this spring.”

Councilwoman Sandra Thornton announced the city’s Black history program will take place on Feb 25, and it will be virtual.

At Monday’s school board meeting, Lanett City Schools announced its 2020-21 Teachers of the Year at its three schools. Alexis... read more