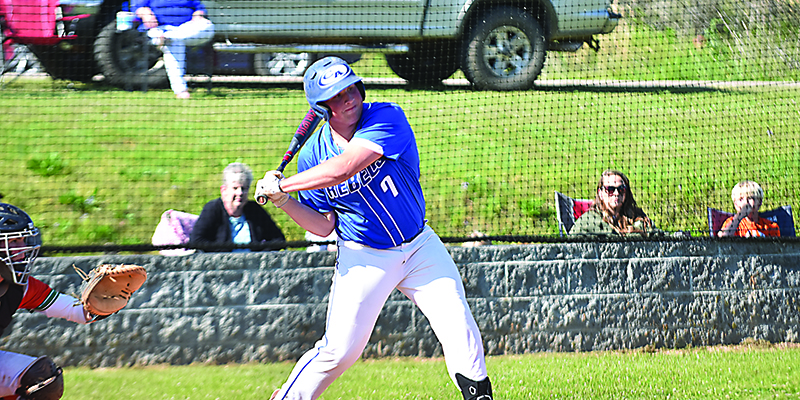 The Chambers Academy baseball team had one of the best seasons in school history, finishing with the most wins in program history and reaching the second round of the state playoffs. In the middle of that success was catcher and No. 4 hitter Jacob Oliver.

“It was what I always dreamed of,” Oliver said of his senior season. “I always told myself my senior year that I was going to hit .500. I tried to not be selfish. I tried to be a team player. If I had to hit a fly ball for a sac fly, I always tried to get that run in. I always tried to hit the ball hard and not strike out.”

This season, Oliver was tremendous for the Rebels. He hit .489 with a .489 on-base percentage. He hit five home runs and knocked in a school-record 57 RBIs.

“He really came on early this year. I told him before the season started that this was his team, and he knew that coming in,” head coach Dillon NesSmith said. “He played football and as soon as we won a state championship, he was back to work in baseball. He took the leadership role and just ran with it.”

Though the Rebels baseball team had several seniors, they needed a vocal leader on the field. Oliver answered the call this season.

“I tried working my way into it last year. You get more confidence as a senior,” Oliver said. “With me being a catcher, it was easier for me to tell people and lead people because I see the whole field. Whether it is picking someone up after they strike out or telling someone ‘good job’ after they get a hit, I’m always trying to be there for them.”

Oliver was named to the AISA baseball team this year and was also selected as an AISA Student-Athlete Award, which is given to 25 students that demonstrated success in the classroom and on the field. Oliver finished third in his graduating class.

After originally planning to play football at Point University, Oliver flipped his commitment to Southern Union to play on the baseball team.

At Southern Union, Oliver will be reunited with Caydon Smoot, who pitched for the Rebels before graduating in 2020. He will also have several other teammates from previous teams alongside him.

The decision was a no-brainer for Oliver, whose dream has always been to play college baseball.

“Baseball was always my first love. Ever since I was playing machine pitch, I always wanted to play college baseball,” Oliver said. “I got the opportunity so I took it.”