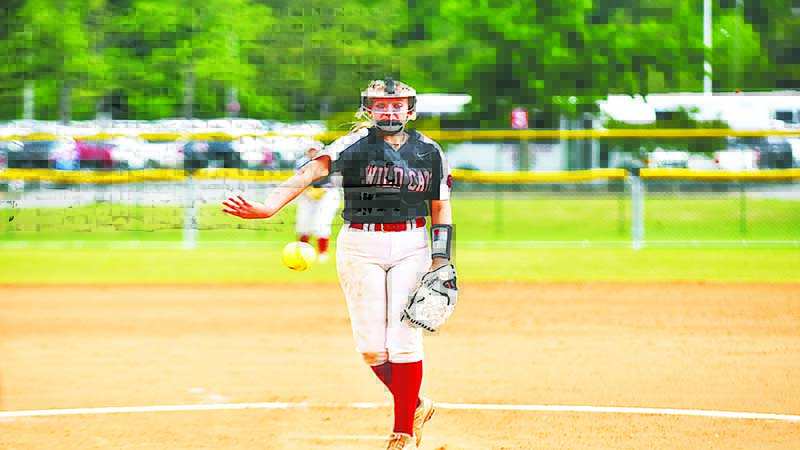 After having a first-round bye to start the playoffs, the Springwood softball team continued to struggle against its area competition, getting swept in the regional tournament on Thursday. The Wildcats were run-ruled in the first game against Glenwood, losing 14-1 in three innings and lost in five innings to Lee-Scott in the second game of the tournament.

“Glenwood, they’ve won it back-to-back-to-back for several years. Coach [Dusty] Purdue does an excellent job. They have good players every year,” Springwood head coach Galin Smith said. “[Lee-Scott head coach Tina] Deese does a great job too. They look like they’ve improved some, especially hitting the ball. They hit the ball and scored runs when they were supposed to.  It’s the execution, which we lacked today. We’re better than what we played today, no doubt.”

In the first game against Glenwood, Springwood put its first two runners on base, as an error and a single put a runner in scoring position. The runner on second, Jesse Conley, scored on a single by junior Bailey Morrison to give Springwood it’s only lead of the day. Morrison was thrown out trying to extend the single into a double. With one out, Springwood had a runner at third base,  but a strikeout and a fly out ended the danger.

Glenwood answered with an 11-run  first inning, a combination of hits and Springwood errors.

Though Springwood had some success in the first inning, the Wildcats struggled the rest of the game offensively, as Glenwood retired the next six batters.

Glenwood walked off in the bottom of the third inning, scoring on two doubles and a throwing error in the inning.

Springwood’s second game started off much better, as the Wildcats allowed just one base runner in the first inning against Lee-Scott. The wheels fell off in the second inning.

In the second, Lee-Scott’s first three batters reached, one by a hit-by-pitch while the other two singled. Back-to-back errors scored three runs in the inning, while a sacrifice fly scored the fifth and final run of the inning.

The Warriors scored three more runs in the third inning, taking an eight-run lead, which they held onto for the remainder of the game.

“It wasn’t our best day. We didn’t play well at times today,” Smith said. “We had runners on base, but the whole story again, we just couldn’t get them across. We have one more week of the season, and we’ll come back down here next week and make a little noise, beat somebody we’re not supposed to beat.”

With the losses, Springwood will be the fourth seed when it returns to Lagoon Park on Friday.