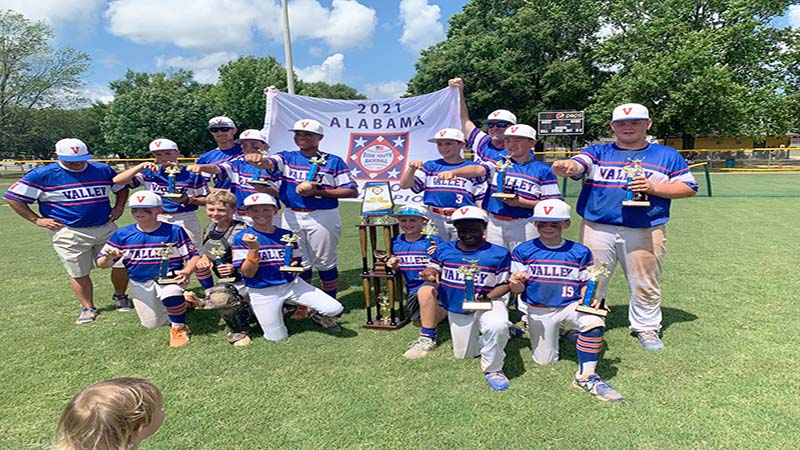 VALLEY — Two years ago, a 9 and 10-year-old youth baseball all-star team made the city proud by winning the Alabama state title and advancing to a Dixie Youth World Series tournament in North Carolina, where they won the championship. There was no tournament last year because of COVID-19, but those boys of summer are back this year and on another impressive run in 11 & 12-year-old play.

The 11 and 12 Ozone team won the state title in Tuscaloosa and are heading toward another World Series, this one to be played in Laurel, Mississippi. Many of the boys on this year’s team were members of the 9 and 10-year-old team that won the 2019 title.

“It’s pretty much the same group that won the World Series a couple of years ago,” said Mayor Leonard Riley. “I think they will win it again this year.”

The team’s success received a standing ovation from everyone in the council chamber.

Valley Parks & Recreation Director Laurie Blount said she had been contacted by representatives of the Alabama state tournament and was told that everyone should be proud of the way Valley people behaved.

“They wanted to thank our parents for being great fans and showing good sportsmanship,” she said. “They commended them on having been very supportive of our team while not disrespecting their opponents.”

Blount said this is a busy season for tournament competition. Members of the Valley Area Swim Team will be participating in a district meet in Opelika. Those who do well could advance to the state meet to be held in Albertville.

Albertville will also be the host site for the state softball tournament.

Council Member Randall Maddux thanked Blount and Mark Hudmon of the VPR staff for having done great work this year on the tournaments hosted at Valley Sportsplex.

“We have had some great turnouts, and everything has gone really well this year,” he said.

Blount invited everyone to this year’s fireworks show at Valley Sportsplex. It will be taking place on Sunday, July 4. Presented by Casey Chambley, the show will start when the sky is completely dark. That’s usually around 9:45 p.m. EDT this time of year.

The Community Center will be closed on Sunday and open from 7 a.m. until 4 p.m. on Monday. A free swim will be taking place at the indoor pool from 1 p.m. to 3 p.m.