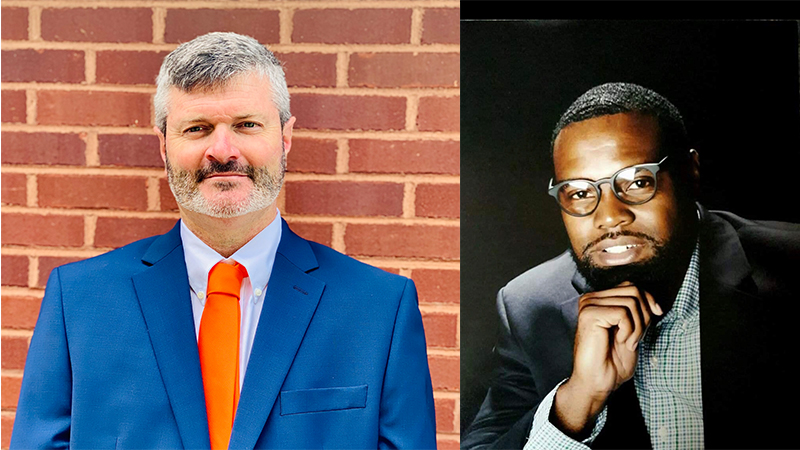 At Wednesday’s monthly meeting, the Chambers County School Board approved the hires of Chase Lewis and Matt Hicks to fill the roles of LaFayette head basketball coach and Valley head baseball coach respectively.

Lewis takes over after previous head coach Obadiah Threadgill, who had been at the school for more than a decade and won a state championship, took a job with Pike Road.

Lewis joins LaFayette after coaching at Ashford High School, a 4A program in Houston County. Lewis took over a struggling Yellow Jacket team in 2013, leading to seven consecutive winning seasons from 2014 to 2021. While at Ashford, Lewis led his teams to a 126–91 overall record in eight seasons, including three consecutive area championships in 2016, 2017 and 2018. He also led the Yellow Jackets to two regional appearances and one regional championship appearance in the AHSAA playoffs.

Lewis was honored on two separate occasions as the Wiregrass Athletic Conference Coach of the Year in both 2016 and 2018. His Ashford teams were consistently ranked in the AHSAA’s Class 4A top 10 for five consecutive seasons by the Alabama Sports Writers Association poll. He was responsible for founding the Wiregrass All-Star game for unsigned senior basketball players.

Lewis has 12 years of teaching and coaching experience. Prior to his role at Ashford High School, he served as an assistant coach at Rehoboth High School and as the boys head basketball coach at Class 1A John Essex High School in Demopolis. In addition to teaching physical education, Lewis also taught career preparation classes and credit recovery classes. He also has multiple years of experience working as a varsity assistant football coach as well as a varsity assistant track coach.

Lewis earned his B.S. degree in 2008 from the University of West Alabama with an education certification in physical education. The Lewis family will reside in nearby Lee County with his wife, Tokema, serving as a Spanish teacher at Auburn High School. The family’s two children will be attending school in Chambers County with Chasidy in seventh grade at J.P. Powell Middle school and Jordan in fifth grade at Eastside Elementary School.

“Coach Lewis has a real passion to motivate and elevate his students to succeed,” Chambers County Superintendent Casey Chambley said in a press release.

Hicks takes over as the Rams’ new baseball coach replacing Patrick Shivers, who was not renewed as the Rams’ head coach.

Hicks joins Valley from 7A Prattville High School, where he served as the school’s pitching coach. Prattville H.S. is one of the state’s largest schools with approximately 1,944 students enrolled in grades 9-12. In addition to serving as the pitching coach, Hicks previously served as the head baseball coach for the Lions’ junior varsity team roster.

During the 2018 season, he led Prattville’s junior varsity team to a 30-3 record while also working as the pitching coach for the varsity squad. Many of those players comprised the highly ranked Prattville team that began 2020 with a 13-2 record before seeing their varsity season cut short due to the pandemic.

Prattville head coach Kevin Hall noted that Matt Hicks was a real worker as a coach and would be very successful. Hall added that coaching pitchers is a real strength for Matt Hicks.

Hicks has 10 years of high school baseball coaching experience and six years of teaching in the classroom. Hicks is certified in K-12 physical education as well as in special education. Prior to his role as an educator and baseball coach, Hicks worked as a contractor running his own professional home building business with Hicks & Associates, L.L.C. He will be joining the staff at Fairfax Elementary School as a special education teacher and coaching both baseball and football at Valley High School.

Coach Hicks earned his B.S. degree in 2014 from Auburn University-Montgomery with an education certification in physical education. In 2018, he earned his master’s degree from the University of West Alabama as a special education collaborative teacher for grades 6-12. The Hicks family currently resides in Prattville but will be looking to relocate to Chambers County sometime this fall. Matt and his wife, Bethany, will have been married 21 years next month. Bethany works as a realtor and will be working on the family’s move to Chambers County. The Hicks have three children with two daughters and a son. Keely is their oldest child and is studying cosmetology. Their middle child, Kennedy will be a freshman at the University of Alabama this fall studying biology, and their son, Andrew will be a sophomore at Valley High School as he makes the move to Ram Nation with his father. Andrew was in line to be the #2 starting pitcher for the Class 7A Prattville Lions and now hopes to be of assistance to the Rams pitching staff next spring.