Friday Night Lights: Your primer for this week’s start of high school football 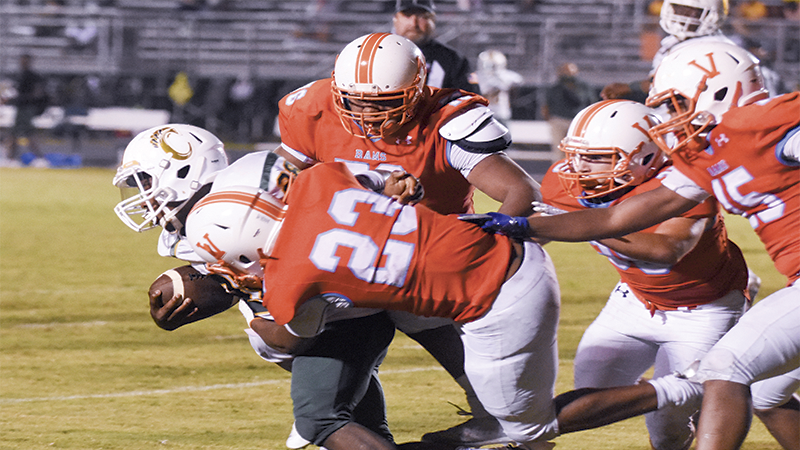 High school football season is officially back this week, with Valley, Lanett, Chambers Academy, Springwood and Beulah in action. LaFayette is on a bye and will begin its season next week.

Here’s a look at the week one matchups:

The reigning state champions begin their season on the road on a Thursday night. The Rebels easily defeated Lee-Scott 48-7 last year in their opener, but the Warriors rebounded in time to make the playoffs despite a 2-7 record. It’s a new era without Peyton Allen at quarterback, but Chambers Academy returns many other key contributors from last year’s title team. Chambers has been tough to beat, losing only five times in the last five years. Three of those losses came in state championship games. Oh, and in case anyone has forgotten, Chambers Academy has made six straight title games. The Rebels hope the path to another starts Thursday.

The battle of the Panthers will take place in Lanett on Friday night. While the home Panthers look for another playoff run following a 10-3 season, Georgiana hopes 2021 marks the school’s return as a contender in 1A.

Last season was so up and down with COVID-19 for Valley that the Rams only played six actual games, splitting them. The season ended officially with a 4-5 record. It all began with a 49-13 victory over Beauregard, which finished with a 4-6 record.

Before the last two seasons, Beauregard hadn’t had a losing season since 2005, so a win over Valley would help the Hornets get back to their traditional winning ways.

Coming off a playoff appearance, Springwood will take the field for the first time Friday night under head coach Kurt Page. Springwood lost its opener at Abbeville Christian 28-12 last year.

Meanwhile, Abbeville made it all the way to the class A championship game following a 10-3 season (one of those losses was to Chambers Academy.)

It’s probably fair to say that Beulah would like to forget last season even happened, considering the Bobcats were three losses in before they even took the field due to COVID-19 forfeits.

That 1-9 season included a forfeit loss to Loachapoka, so these teams haven’t played since 2019 (a 14-6 Beulah win). Loachapoka went 5-6 last year and made the playoffs