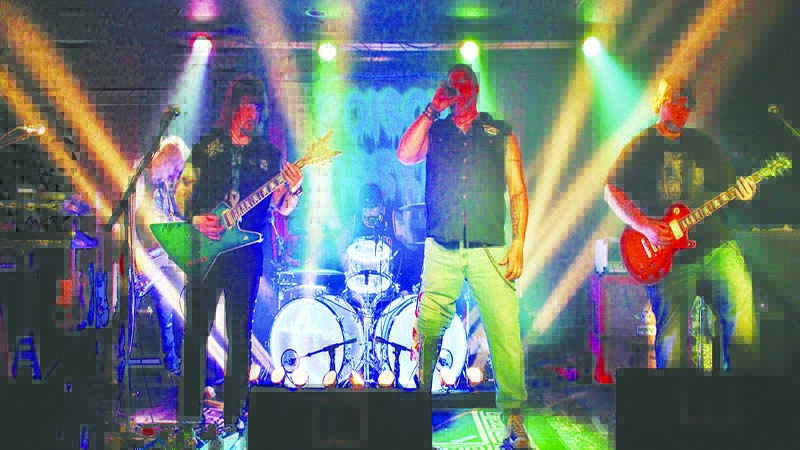 There will be a rock concert by Poison Whiskey starting at 6 p.m. on Sept. 11 at Circle W Bar and Grill on Lee Road 379 in Valley, according to a flyer for the event. Additionally, there will be a motorcycle poker run, barbecue plates for lunch, and a silent auction at the same event. Proceeds from the event will be given to the Georgia chapter of The Fallen Outdoors, a non-profit organization that arranges outdoor activities for veterans.

“They have programs where they do hunting and fishing trips for current military, military vets, and it helps the 22-a-day suicide rate in military veterans,” explained event organizer Amy Hinkle.

The poker run will cost $20 per bike and $5 for each additional rider. According to Hinkle, those with other vehicles — “anything street legal” — may also participate. These prices will also pay for admission to the music show. The show, which will start at 6 p.m. EST, will cost $10 per person who didn’t participate in the ride.

“When they leave Circle W, they will draw a card, and they’ll have a hand — a piece of paper — they’ll get their cards marked off,” Hinkle said. “At every stop, they’ll draw another card. And at the end, when they come back, whoever has the best hand wins a prize.”

For the silent auction, people will be able to pay $1 per ticket to be put in the bags for items they want. They will win items by having their tickets drawn.

Barbecue plates will cost $10 each and come with barbecue, chips, beans, pickles, and bread.

Based in Valley, Poison Whiskey plays covers of rock songs from the 70s through the 90s, according to band member Mark Beers, who estimated that the band was started about nine years ago.