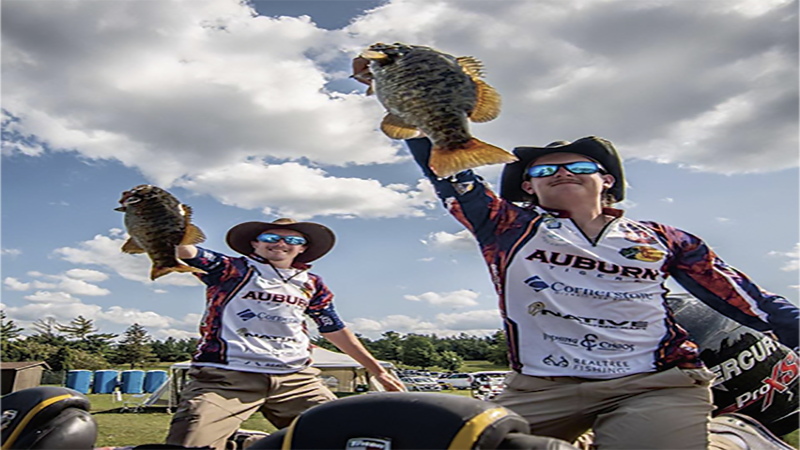 At the Carhartt Bassmaster College Series National Championship, presented by Bass Pro Shops, Valley native Conner Crosby and his teammate, James Cobbs, were among four Auburn University anglers to advance to Championship on Saturday at the St. Lawrence River in Waddington, New York, according to Auburn University. The other Auburn team was composed of Sam Hanggi and Sam Hoesley. The four finished among the top six in a competition with over 120 college teams from across the country.

Crosby and Cobbs’s third place-winning haul was 59 pounds and 8 ounces. Hanggi and Hoesley won sixth place with a haul of 57 pounds and 11 ounces. With their third-place finish, Crosby and Cobbs also qualified for the College Classic Bracket in October, which will air live for four days on Fox Sports 1. The event’s dates and location haven’t been determined.

“I went up there with no idea that we were going to come home with that, so it’s really amazing experience just being able to hold up a trophy,” Crosby said. “We struggled all year just to keep our feet on the ground, and here we were 1,000 miles from home. It’s a really big accomplishment — nothing I thought I’d be able to do in my career. I couldn’t do this without the support of my dad [Danny Crosby] and mom [Traci Wade]. They have been with me every step of the way.”

Crosby is a fifth-year senior majoring in fisheries, aquaculture and aquatic sciences. After completing his undergraduate degree next spring, he plans to attend graduate school at Auburn University, where he says he hopes to continue doing research at the E.W. Shell Fisheries Center on the genetics of largemouth bass.