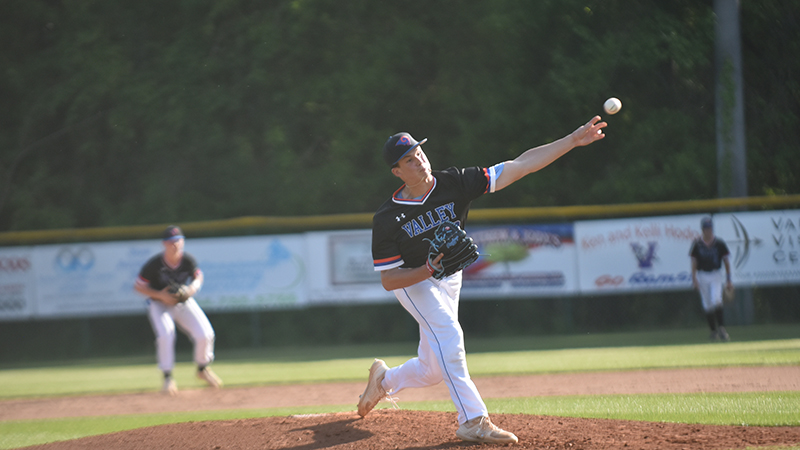 Sanders, who is already committed to play baseball at Auburn, was selected to play for the USA 15U National Team this past summer.

“It’s just an honor to get a chance to play and represent Team USA and have that opportunity to do,” Sanders said. “It’s truly an honoring and humbling experience just to go play for your country. It just feels amazing to know that you’re not doing it just for yourself but for your team and for your whole country. It’s an honor for sure.”

Sanders is one of the few players from Alabama selected to play for the 15U National team, as most players selected live in California, Florida, Texas or Georgia.

“The talent is just on a whole different level. The coaches are extremely amazing. They’re big-league experienced coaches, so just knowing that you’re going to have someone that knows that they’re talking about and is trying to make you the best player [that you’re able to be],” Sanders said. “Just going there with boys that have the same goals and interests as me and knowing that they want to play on an MLB team also, it’s just refreshing to know that they live the same life as me almost. They’re someone to relate to kind of.”

One of his friends from Auburn also made the team, who he will room with when he goes to North Carolina to play for team USA.

This is Sanders’ second stint playing with the national team, as he played in a tournament in 2020. Because COVID-19 was still new and people were still trying to learn about the virus, the tournament was smaller. In 2021, Sanders was able to fully play in the tournament. He pitched and played in the outfield, playing as one of the few two-way players in the tournament. Unlike in 2020 where his team won the gold medal for winning the tournament, Sanders’s team lost in the second round of the tournament.

“We still competed and had a good time,” Sanders said. “Last year, they made a 60-man roster and they didn’t cut it down to actual teams. This year was more like I made the team.

“I hit really well in the tournament in North Carolina. I was a home run shy of the cycle in one of those games. I’m trying to be a two-way as long as I can. Two-way is fun because you get to hit and you might be pitching the next day.”

Sanders recently finished his freshman year at Valley High School, where he threw 27 ⅔ innings in six games, allowing eight runs. He struck out 46 of the 105 batters he faced, finishing with a 2.02 ERA. His fastball rose from 88 mph as an eighth-grader to 92 mph.

While participating in the Perfect Game 15U summer league, Sanders’s fastball averaged 88.4 mph, which was the best out of any player. His 92 mph fastball was also the fastest pitch thrown during the tournament.

“This summer was definitely of a grind with all the games and short rest but it in the end it was totally worth it to go out there and play the game I love all summer and being surrounded by amazing talent and great coaches,” Sanders said. “It was a good feeling to know that you could have the best game of your life then the next day you could go 0-for-4 with four strikeouts. You just have to go with the next pitch and never look at the past. The past will never happen again, so you just have to learn from that and analyze that and go to the next game and learn from it.

“I definitely look forward to the spring season after having the USA [experience]. To compete in front of my hometown high school will be a great experience because you know everyone in the stands.”