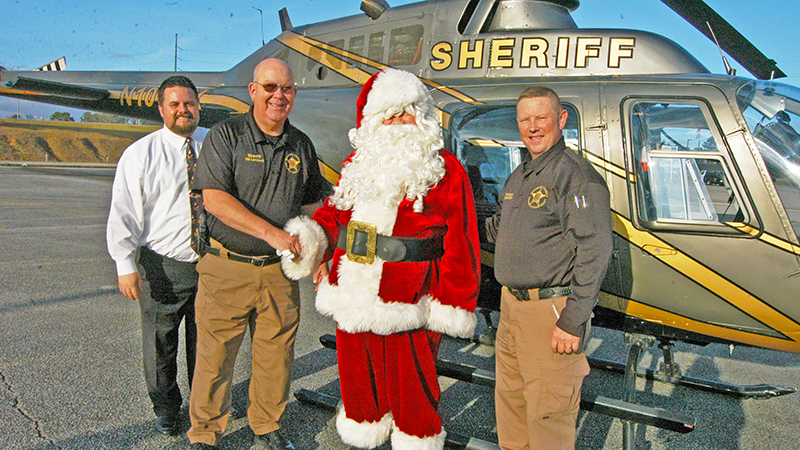 VALLEY — Santa Claus landed by helicopter on King Auto Corner Wednesday afternoon of this week. He was piloted in by Chief Deputy Richard Carter of the Chambers County Sheriff’s Office and accompanied by Chambers County Probate Judge Paul Story. Sheriff Sid Lockhart was there to shake Santa’s hand as soon as he got off the helicopter.

Santa and the county officials were there to show their support for ACA Gives, an east Alabama charitable organization dedicated to helping underprivileged children. According to its motto, ACA Gives is committed to “motivating the youngest among us to overcome poverty and to become responsible, productive citizens and community leaders.”