Chambley in D.C. as CCSD works for approval on restructuring plan 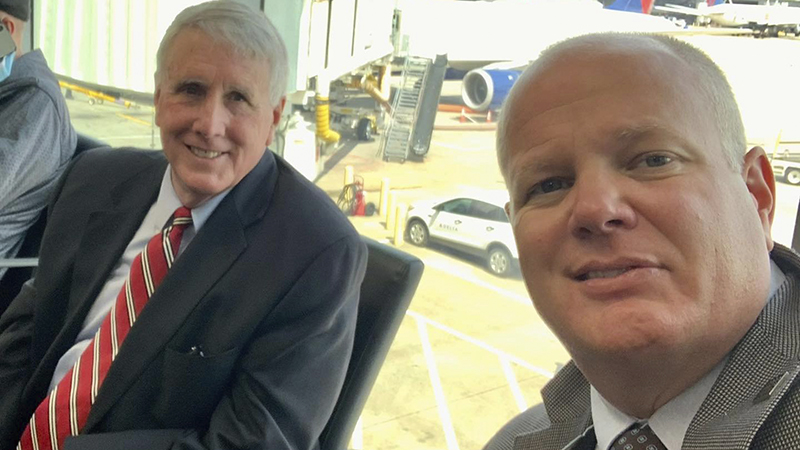 Chambers County School District Superintendent Casey Chambley is in Washington D.C. the rest of the week, where he will be meeting with the Department of Justice about the school system’s restructuring plan.

The plan, which was announced earlier this month, includes combining Valley and LaFayette high schools and building a brand-new high school, turning LHS into a STEAM K-8 Academy and much more as CCSD works to get out from under a federal desegregation order that the school system has been under for decades.

The purpose of the meetings is to work out a settlement, Chambley said, which — pending approval from a federal judge and the Legal Defense Fund — would allow CCSD to move forward with the plan. It’s possible that the plan may be revised during the meetings.

“We wanted a sit down with the other attorneys on the other side, and they have agreed to that which is a really good sign,” Chambley said.

Chambley said CCSD Board Attorney Bob Meadows is also in D.C. with him as they hope to come to an agreement that satisfies both parties. Chambley said the DOJ has seen the plan CCSD announced and has sent back questions.

Chambley said most of the meetings between the parties have taken place in Chambers County, so he called it a “good faith gesture” that they were traveling to Washington D.C.

“They are very appreciative of us being so transparent and willing to do this and willing to come there,” he said. “They said many times that they’re doing all they can. I think they’re ready to get this thing settled and worked out too, so that we can move on.”

Chambley believes a lot of progress can be made over the two days, as the groundwork is laid.

“We need to kind of polish it up,” Chambley said. “And we believe we’ll be able to do that in two days.”

Chambley also talked about a couple of things he’s hearing from the community since the plan was announced.

“We’re not really finding that the public is against consolidation,” he said. “I think the appetite is finally right for us to consolidate our high schools and do some other closures of other buildings. I think really the main debate comes from how to do it and when to do it.”

Chambley said some people reviewing the plan believe once LHS students move into VHS that no new school will be built, but that won’t be the case.

“They’re afraid that we’re just going to stay there and that is not that is not the case,” Chambley said. “We will not stay. Our board has already a proclamation and in that resolution said that we are building a new high school. And another point to that is the plan is to move our WF Burns Middle School kids from that building into Valley High School.”

He said there’s been some questions about where the new high school will be located as well. He said that’s still unknown at this time, but he has spoken to city leaders in both Valley and LaFayette as they continue the process.

However, he said all is waiting on approval on the final plan before they go into specifics such as site selection.

There’s also been some talk about time zone for the new high school, considering LaFayette is on central time and Valley is on eastern time. Chambley said there are ways to handle that issue, so it’s fair for everyone.

“It will not be a situation to where my central time folks will have to be getting up at three and four o’clock in the morning,” he said. “No, we’re not going to let that happen. That is not going to happen.”