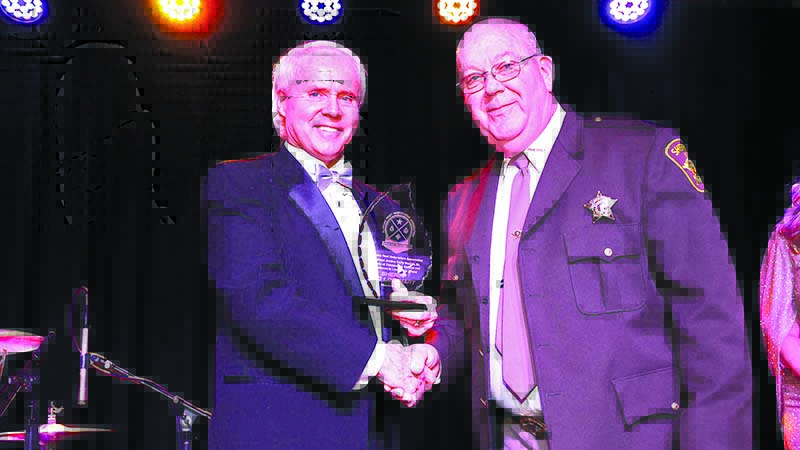 Lockhart was recognized for his outstanding leadership and commitment to the community he serves. Lockhart said he received an anonymous nomination and is honored to have been selected for the award.

“I feel honored and wish I could thank whoever it was [that] nominated me,” Lockhart said.

Alabama First Responders Association was established in 2019 by law enforcement officers and firefighters who share a common goal of working to protect Alabama first responders and putting them first.

This year marks the first year the organization held an awards ceremony, which it hopes will be an annual event. The dinner was held at Fennec in Birmingham with special guest speaker, former White House Advisor Sebastian Gorka.

“This will be the first event of its kind in Alabama. It’s time that we recognize and honor all of our First Responders who put their lives on the line every day,” association Executive Director Angela McClure said in an earlier press release announcing the awards ceremony.