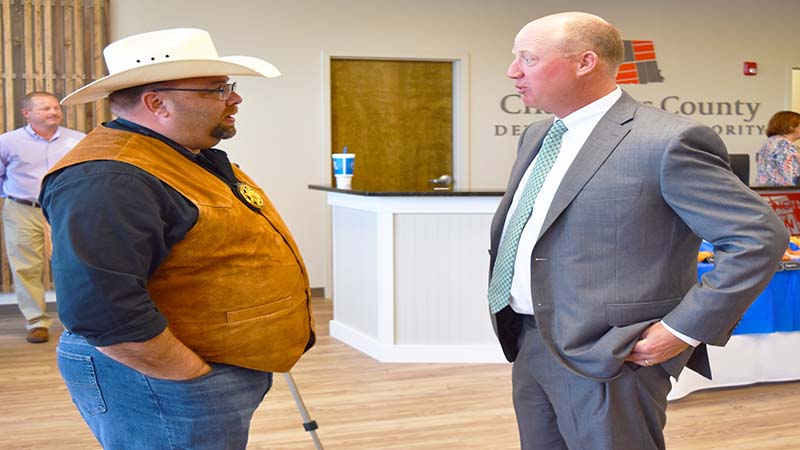 After 25 years of serving the City of Lanett Police Department, Chief Johnny Wood is retiring on July 29th. Wood has served in his current capacity as police chief since 2018 but has served in nearly every position one can hold with local law enforcement.

“I loved working on the [drug] task force. Within six months of me working there, I was in command of the unit, and we were able to take the five-man team, which was already a premier task force, to being the best in the state,” Wood said. “As a matter of fact, the whole model for drug task forces across the state in regard to how their paperwork is funneled and how things are done is based upon the Chambers County Drug Task Force.”

During his tenure as chief, Wood’s biggest goal was to build a sense of camaraderie amongst the officers in the police department and to improve officer morale.

“You have to understand that law enforcement is a different kind of job. It’s a highly stressful job, and officers have to face the brunt of it all,” Wood said. “On the other hand, it’s very rewarding and it can be a fun job. During my time [as police chief], I wanted to make sure our officers felt like they had the support system they needed and that when they woke up in the morning, they didn’t stare at the floor and hate that they had to put their shoes on to come into work.”

“I’ve worked on community support from day one. My goal was to make sure people saw the police department as open, accessible and trustworthy. When it comes down to it, I think we have done that,” Wood said. “I made sure that we treated everyone with respect and that we had good communication, regardless of who that person was or why they were talking to us.”

Wood noted that he absolutely loved working in the LPD but that the decision to retire was the best choice for him and his family. Furthermore, while retiring from his law enforcement work, Wood hopes to continue to serve the city in another capacity.

“I plan on coming back to work for the city soon as a civilian,” he said. “You never know, I may want to dabble in politics, run for city councilmember sometime.”

Wood went on to thank the community for the support that he has received as chief.

“I would like to thank the citizens of this community for putting their faith and trust in me and the men of this department to provide them quality service and protection,” Wood said. “I hope that they will all join me in continuing to support our police department and council as our city moves forward.