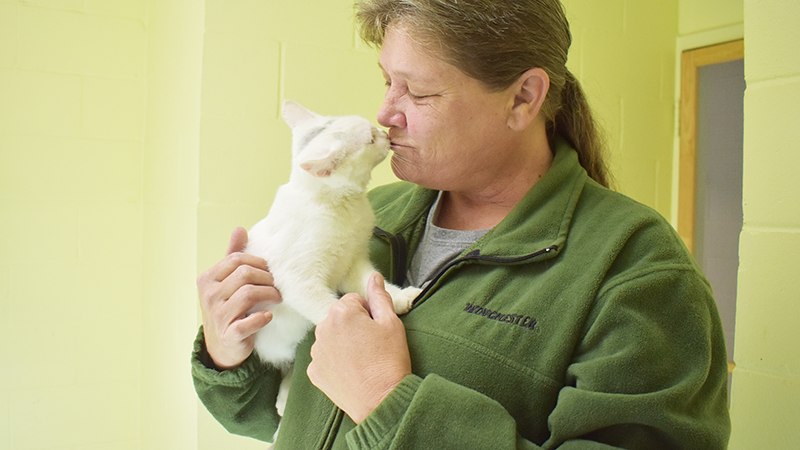 The Chattahoochee Humane Society announced on Tuesday that Executive Director Shon Sims will be retiring on Aug. 16. Lisa Cofield will serve as the interim shelter director while the board searches for prospective candidates.

Sims began her tenure at the Chattahoochee Humane Society in February of 2005. When she first arrived to CHS, Sims set the goal to change the facility’s method euthanasia from the use of carbon monoxide gas to the more humane method of injection. She accomplished that goal in less than one year, becoming the 23rd registered euthanasia by injection facility in the State of Alabama.

In addition, Sims created a spay and neuter policy for every adopted animal at the facility before it became a state law to help ensure animals leaving the facility did not continue to contribute to pet overpopulation. She also implemented medical protocols for all adopted animals.

Sims also proved to be very knowledgeable in the state of Alabama animal laws and played an instrumental role in getting the county and cities to pay pro rata shares of the operating costs of the CHS facility, which significantly increased the contractual fees for the organization. With the help of grants from Charter Bank, Sims also helped to facilitate many improvements to the Humane Society including new ceilings and insulation throughout the facility and several other much needed repairs.

Furthermore, Sims worked to help families keep their pets by offering free obedience training. She also started a food assistance program for pets in need, worked at the food bank and spoke multiple times to the public about the need for spay/neuter laws.

John Radford, Vice-President of the Board of Directors of the Chattahoochee Humane Society, expressed his thankfulness for Sims’ work and dedication to the organization.

“Sims has contributed 17.5 years of experience to Chattahoochee Humane Society, and her achievements should be revered and not be forgotten. Her work ethic, command of complex animal laws, devotion, focus, and general Christian love to all animals have been exemplary at the CHS,” Radford said. “Sims has been a mentor to many, and her influence has made an indelible impact on generations of animal care professionals at CHS. I want to thank Sims for all she’s done for the development and progress of the CHS.”

When asked to comment, Sims expressed her thankfulness for the opportunity to lead the humane society.

“It has been a pleasure to serve the animals of Chambers County,” she said. “I have loved working here and I am ready to retire.”