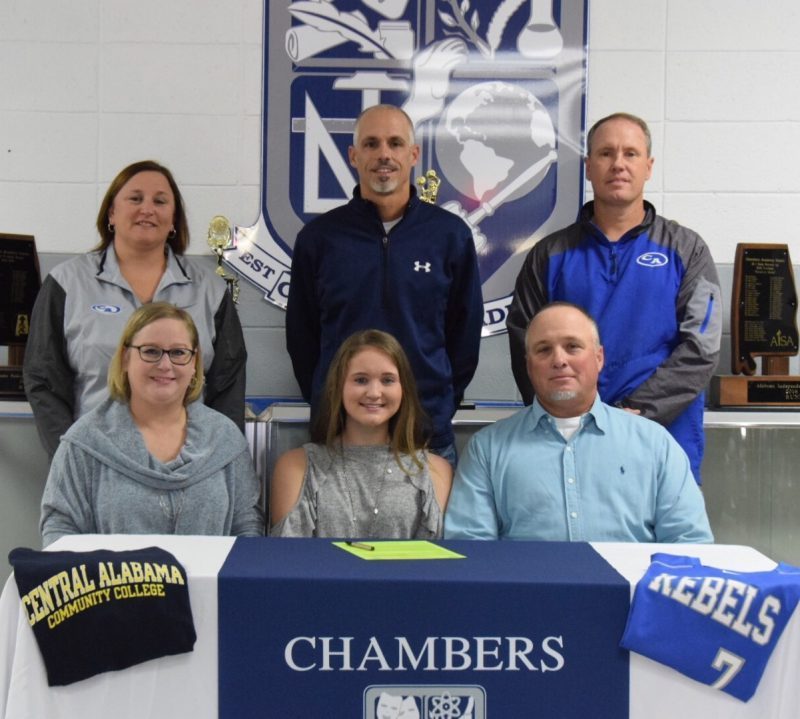 LaFAYETTE — Chambers Academy senior student-athlete softball standout Kelsey Oliver will take her talents to Central Alabama Community College (CACC) next year on a softball scholarship, the youngster announced Tuesday in a signing at the AISA school.

Kelsey enjoyed a stellar career both on the field and the classroom and has been a great ambassador for the school.

Oliver was named as an AISA softball all-star and earned the following honors on the Lady Rebels team: 1) best defensive player; 2) highest batting average; 3) team captain; 4) recipient of the Don McGinty Award (athlete exhibiting good sportsmanship while playing a minimum of two varsity sports. She had an outstanding batting average of .456, scored 27 runs, banged out 25 RBIs; and had an on-base percentage (OBP) of .609.