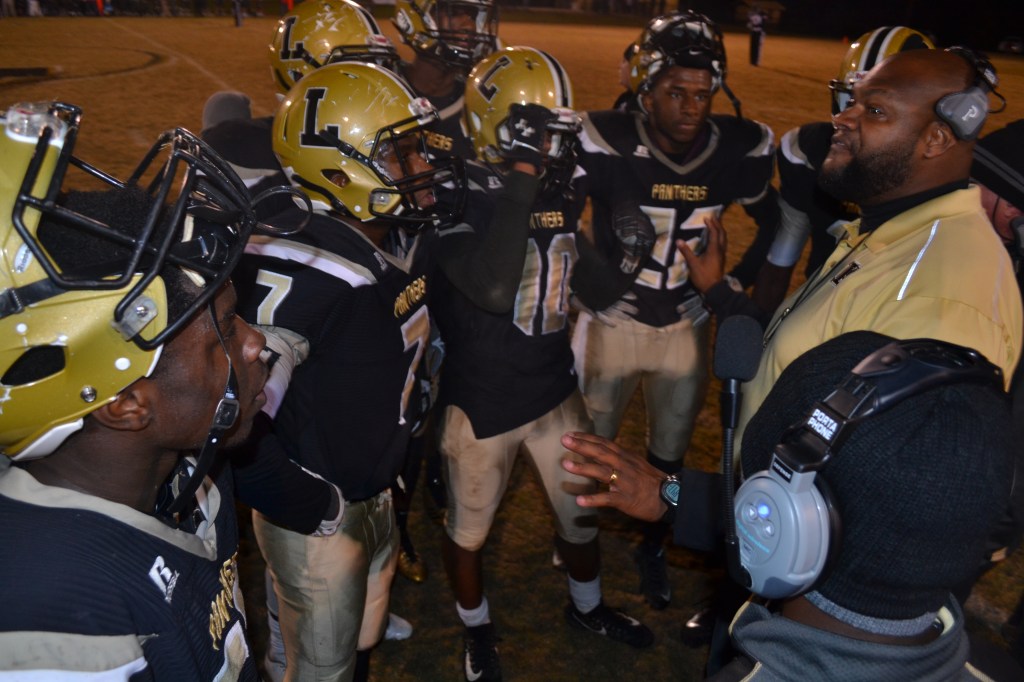 LANETT — The No. 2-ranked and 12-0 Lanett Panthers hope to take one more step towards an AHSAA 2A state title with a quarterfinal road matchup against Lamar Co. High (8-4) Friday in Vernon.

It’s been a fantastic season for coach Clifford Story’s Panthers but they’ll need to play a solid, all-around game Friday against what is a very good Lamar Co. team. Story has been at Lanett for nine seasons and he has the third-longest tenure at the tradition-rich school, trailing legendary Hall of Famers in Mal Morgan and Dan Washburn. In his time at the school, Story has built a standout program with two powerhouse and region championship teams in 2013 (11-1) as well as 2016 (11-3).

But while the records have been impressive, Lanett still has only one goal and that’s winning the school’s first-ever, on-the-field state championship. To do that, they’ll must navigate a difficult road through the playoffs, including Friday’s long road trip to Lamar Co.

The Panthers have it all on both sides of the ball and present a number of challenges to any foe on offense or defense. Defending Lanett’s high-powered offense has been a monumental task for all 12 foes to date. Sophomore quarterback Kristian Story has thrown 33 touchdown passes this fall and is also a serious threat when leaving the pocket. He has a wealth of talented players to throw to as well. The Panthers receiving corps include Terrion Truitt, who should receive strong consideration as 2A Player of the Year after what has been a brilliant senior season for the multi-purpose player with all the skills. In addition, Trikweze Bridges and Anquaevious Pollard have both had terrific seasons as well. Truitt, Bridges and Pollard are all-state selections from 2016 and are locks to repeat this year as well. Also keep a close eye on running back Juwan Howell, who’s been a solid contributor in the backfield.

On defense, all-state linemen Baraskious Dowdell is the leader and as good as any lineman in the AHSAA. He has literally taken over several games this season, including a huge game in a 42-16 region championship win over rival LaFayette. Dee Dobbs, Kaleb Thomas, Braylon Harrigton, Tristian Meadows, Jaren Ross, Keavis Sands, Bridges, Story and D’Terrion Glaze have all had great seasons and all contribute. Transfer Johnny Daniels has also had a solid season on both sides of the ball. Lanett’s defense has recorded 33 interceptions and rung up 43 sacks. That’s winning and dominating numbers on defense and could go a long way in helping Lanett win a state title.

The 2016 Lanett team was outstanding, no doubt about it, but the ‘17 version may be even better, as the defense is a more well-rounded unit.

It’s a difficult road for sure, but it’s also a road that Lanett can be successful, provided they bring its “A” game on both sides of the ball from here out.

Coach Story knows the Panthers must play its best game of the season Friday to advance to the semifinals. “We have to travel to Vernon to face a tough Lamar County team, who seems to be peaking at the right time,” Story said. “They lost their last two regular season games against rival schools, but had beat to tough opponents in the playoffs against Ider and Ranburne to make it to this point. Lamar Co. is athletic in the skills positions and have an explosive running back. They are big up front and have a good secondary. Lamar Co. is not an 8-4 team. We must maintain some drives and fit in our gaps in defense. They will have to stop us also. I expect it to be a great game and if we execute, I really love our chances.”