Lanett, Sulligent may be high-scoring affair 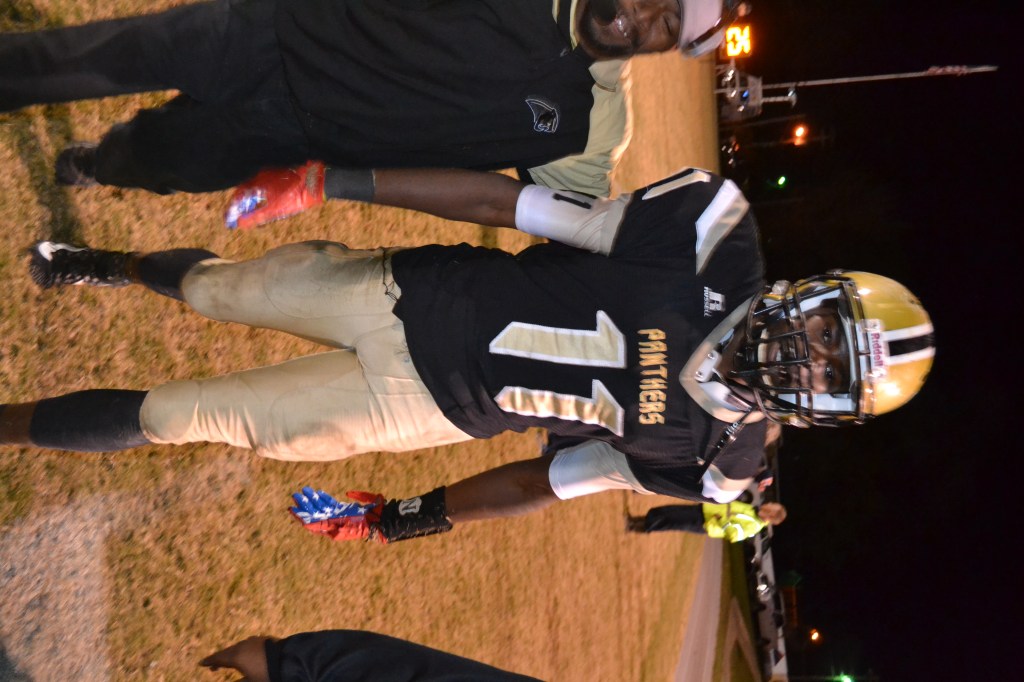 GAME-CHANGING ATHLETE — Lanett's Trikweze Bridges (above) has proven himself to be one of the top players in the state with a wide array of talents. (Photo by Scott Sickler, Times-News sports editor)

LANETT — If statistics are any indication of what Friday’s Lanett-Sulligent 2A state semifinal showdown may be like, then fans are in for a real treat as it could be a wild, high-scoring affair, pitting two of the highest scoring offenses in the state.

Coach Clifford Story’s No. 2-ranked and 13-0 Panthers are third among 60 2A schools in the state in scoring offense. Sulligent (12-1) is no slouch offensively, either. Fresh off a huge 35-28 win over the defending 2A state champion Fyffe last week, the Blue Devils — like Lanett — are a scoring machine and rank fifth in the 2A ranks for total points.

The Lanett-Sulligent semifinal game is just the third time since 1994 a Panther team has played a 14th game. All three, in fact, including this year’s showdown Friday, have been played at Lanett. In 1994, Lanett lost a 13-7 heartbreaker to T.R. Miller and in 2016, the Panthers dropped a hard-fought 33-20 game to eventual state champion Fyffe. Based upon records and statistical comparison, Lanett and Sulligent could be one of the highest-scoring and most exciting playoff games ever played at Morgan-Washburn Stadium.

While it’s well known Lanett has terrific, all-around athletes all over the field, Sulligent does as well and according to Story, they’re the biggest team they’ve faced all season. “Sulligent is huge, they have a really big line and good athletes,” Story said. “You know they have a great team when they defeated Fyffe and we’ll have a big challenge.” The Blue Devils have 16 players 225 pounds or more.

Lanett’s has recorded a fine overall record since the formal dedication of Morgan-Washburn Stadium in 2006. In the dedication game against LaFayette, Meko Jones’ interception in the back right corner of the end zone on the final play of the game sealed a 14-12 Lanett win.