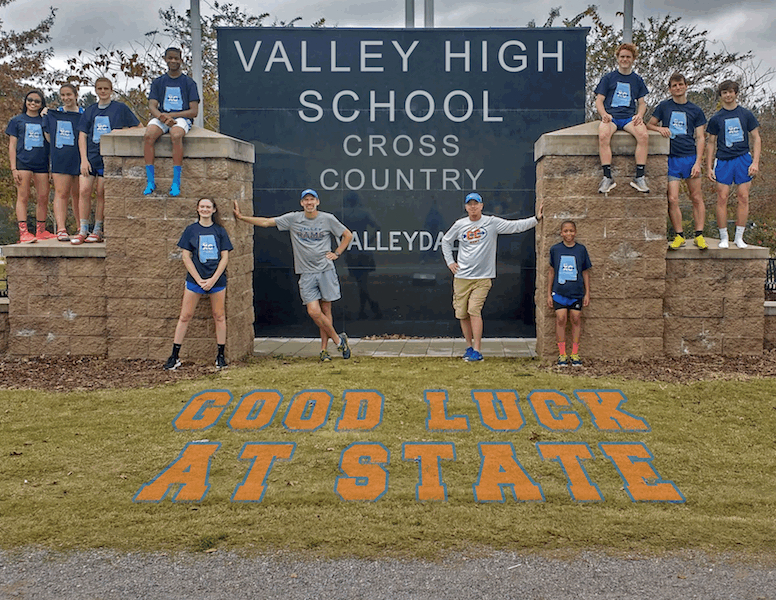 VALLEY — The Valley High boys and girls cross country teams completed their seasons over the weekend at the state championships and both enjoyed solid campaigns, Mike Power, Rams cross country coach, told The Times-News this morning. Both squads, Power noted, competed in six meets with multiple, Top-5 team finishes throughout the year.

“The boys were led by Patrick Pigg (11th grade) and Quinn Vega (eighth grade) while the girls were led by Andie Bantug (ninth grade),” Power said. “The boy’s team qualified for state by placing third at the sectional meet at Spain Park High School in Hoover. Pigg finished sixth in that race. Bantug and Erin Bryson qualified as individuals at the same sectional meet. Like Patrick, Andie finished sixth in the girls race. At the state championships in Moulton, all the boys and girls runners ran their best race of the year with everyone setting their personal best times. For the boys, Pigg ran a 17:58; Quin Vegga ran a 18:48; Jacob Peacock ran a 19:17; Dylan Landreth ran a 20:08; Cody Tomlinson ran a 20:23; Elijah Rachel ran a 21:52; and Quenton Rachel ran a 26:49. With the times, the boys team placed ninth overall out of all the 5A teams in the state. For the girls, Bantug ran a 23:26 and Bryson ran a 24:59. This has been another successful season for Valley’s cross country by making it to state again for the second straight year. The runners worked hard all year long and improved at every meet they competed in. The goal for the boy’s going into the state meet was to make it in the Top-10 and they did it. I believe that next year we have the chance to make it to the Top-5 at state and have Pigg and Vega finish in the Top-15 which would qualify them as all-state runners.”