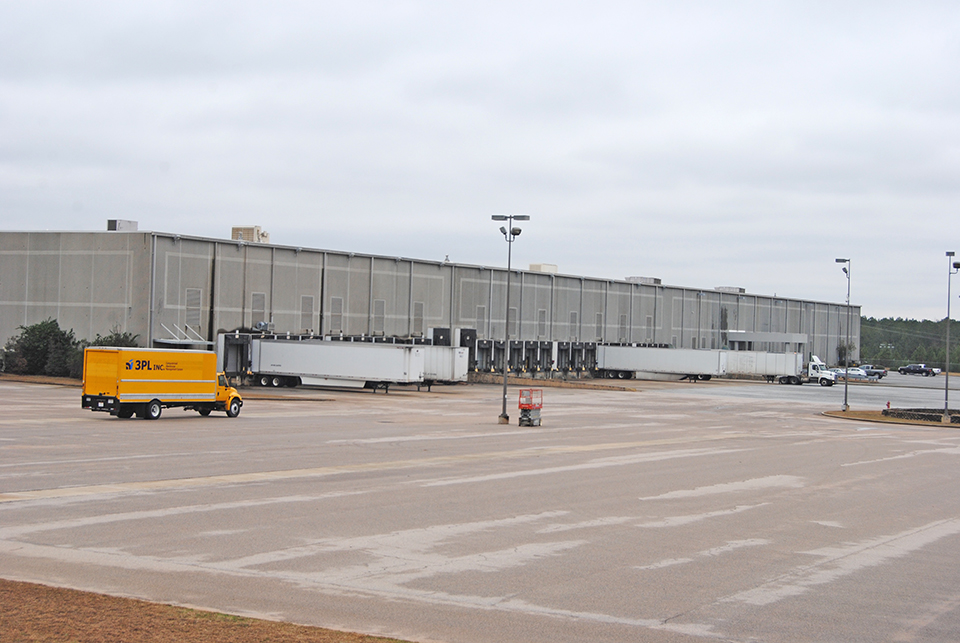 VALLEY — A combination of factors were involved in the decision of John Soules Foods to locate in a former WestPoint Stevens distribution center in Valley. Chief among them was the availability of the 266,000-square-foot building, proximity to an Interstate highway and the presence of ample water and sewer facilities.

Valley Mayor Leonard Riley credits some incentives offered by state and local governments. “The state offered a good package, and the local incentives with a tax abatement helped,” he said. “John Soules Foods is a growing company. This will be their third plant. Their biggest operation is in Tyler, Texas, and they have a second plant in Gainesville, Ga.”

“We were well pleased with what we saw,” he said. “It’s a very clean, well-run facility.”

The Gainesville plant has been in operation for approximately two years and has two production lines.

Mando is presently in the building but plans to relocate in a few months. John Soules Foods has purchased the building and is planning to invest approximately $110 million in the structure. An estimated $70 million of that will be in Phase 1. A total of 210 employees will be on the first production line. Another $40 million will be invested in Phases 2 and 3 with another 300 employees being hired.

Busby said the production process is very similar to what one would do in their own kitchen but on a much larger scale. Frozen beef and chicken is transported to the plant and kept in cold storage until it’s ready for processing.

On the production lines, the meat is cut. Some of it is battered and cooked. and some of it is seasoned and grilled. It’s then packaged and stored for shipment.

Busby said he was most impressed with the cleanliness of the Gainesville plant.

“It is sanitized every day,” he said. “The workers wear special clothing, including some big boots. When they go into a work area, they step over a cattle grate and are sprayed with water.”

Busby said there is no odor outside or inside the plant. There’s a slight smell in the freezer area, he said, but it’s no different from what is in the frozen foods area at a grocery store.

CCDA Executive Director Valerie Gray said that abatements would be asked for the improvements that will be made to the building and not for what’s there now. According to Alabama law, sales and use taxes are not abated for schools. In Phase One, Chambers County schools will receive an estimated $530,000 in sales and use taxes and around $2.4 million over a ten-year period.

Mayor Riley said that John Soules Foods pays well and that will help the local economy.

“We have a lot of unskilled workers in this area,” he said. “This company pays these workers in the $11 an hour range, which is well above the minimum wage.”

Management-level employees make in the $70,000-a-year range and the maintenance jobs are in the $22 an hour range with machine operators making in the $12 an hour range.

People who become skilled meat cutters are paid very well. On the tour of the Gainesville plant, the tour guide pointed to one of the workers on the line as an  example.

“I couldn’t believe how much she was making,” he said.

The CCDA staff worked this project for most of 2017.

“I was involved for around seven months,” Mayor Riley said. “The CCDA brings in the elected officials once a project starts to look good.”

A critical role in the project was played by the Chattahoochee Valley Water Supply District and the East Alabama Water, Sewer and Fire Protection Authority. It’s up to them to meet the additional water and sewage needs the new plant will mean for the local area.

“We have the capacity,” Gray said. “That was a big factor in them coming here.”

John Soules Foods’ decision to locate in Valley, Gray said, is a testament to the local community’s leadership and its people.

“John Soules Foods will be an asset to the county’s ever-growing industrial base and will provide hundreds of high-paying jobs to our citizens,” she said. “John Soules Foods is exactly the kind of company we want to bring to Chambers County.”