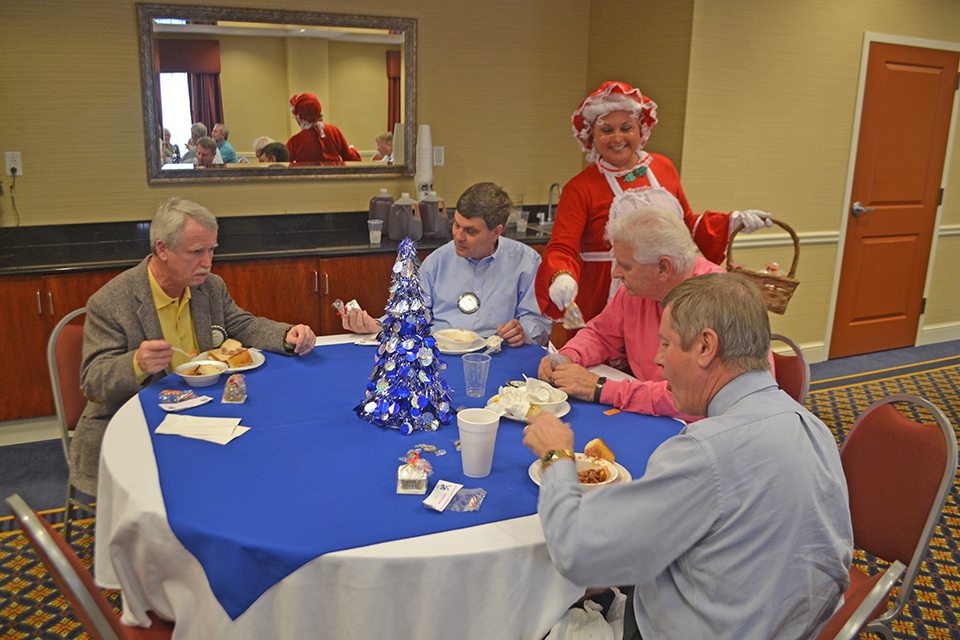 WEST POINT — The last 2017 meeting of the West Point Rotary Club was a cheerful event with Santa and Mrs. Claus hosting.

There were several absentee members, explained by the closeness to Christmas, and the meeting consisted of mostly fun with the only exception being the induction of new member Steven Thomas of The Valley Times-News.

The lighthearted event started off with Santa and Mrs. Claus, played by Cliff Hightower and Rotary President Debbie Kelley, passing out gingerbread cookies and “peppermint seeds,” so members could grow their own sources of peppermint candy.

After getting through the minor amount of business, Kelley lead the group into a game of Let’s Make a Deal!

The game saw several gifts, both real and joke Zonker gifts, passed out to club members that had to choose whether to open theirs or to switch with another member.

Much laughter was made during the game and boxes of calendars, pennies and chocolate bars were opened.

After all the presents had been opened Kelley gave one last gift, she sang to the gathered Rotarians her favorite Christmas song, “When Love Was Born.”

With that the meeting came to a close.

The West Point Rotary Club will not meet again until Thursday, Jan. 11 with their yearly kazoo band.