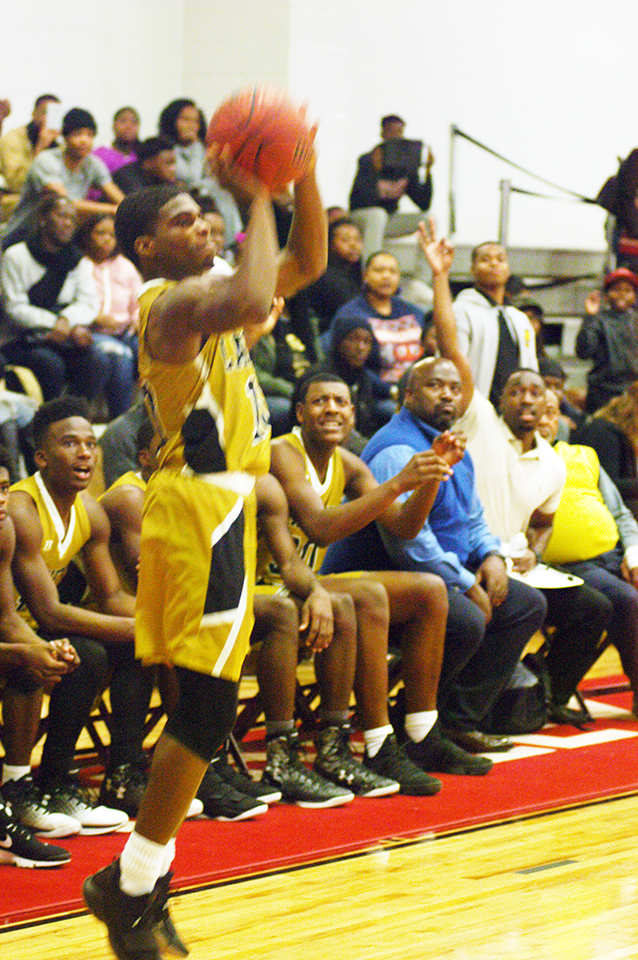 One week after he was voted the most valuable player in the 2A state championship football game, Terrion “Ty” Truitt was once again an MVP, this time in basketball.

With Lanett trailing Handley 59-57, Truitt hit a three-point shot from deep in the right corner to put Lanett ahead by one point with 9.2 seconds left in the game. The Panther defense then kept Handley from getting off a good shot, and Lanett escaped with a one-point win.

It was the first win of the season for Lanett, and the team is just getting into the flow of basketball after a 15-game schedule in football. A number of star players on the 2A state championship football team are also outstanding in basketball. They include three of the team’s better guards – Truitt, Kristian “Ken Ken” Story and Quae Houston – plus two six-foot-seven inside players, Anquaevious “Long”Pollard and Tifton “Dee” Dobbs, and six-foot-five Trikweze Bridges.

Pollard missed the game due to being in the Alabama-Mississippi All-Star football game.

Story led the team in scoring Friday night. He finished the game with 21 points. Truitt had 13 points. Six-foot-eight post player Manny Littles had 13 points and Jayson Burton had four. Dobbs and Houston each had two points.

Coach Richard Carter’s Panthers will be taking part in the Loachapoka Christmas Tournament this week and then take a break for Christmas. On Dec. 26-29 they will be playing in the Beach Ball Classic in Myrtle Beach, S.C. On New Year’s Day they will be in the Big South Shoot-Out in Duluth, Ga. and on Jan. 2 will be in Phenix City to take on Central and on Jan. 5 will be at LaFayette.

That’s a challenging stretch to say the least.