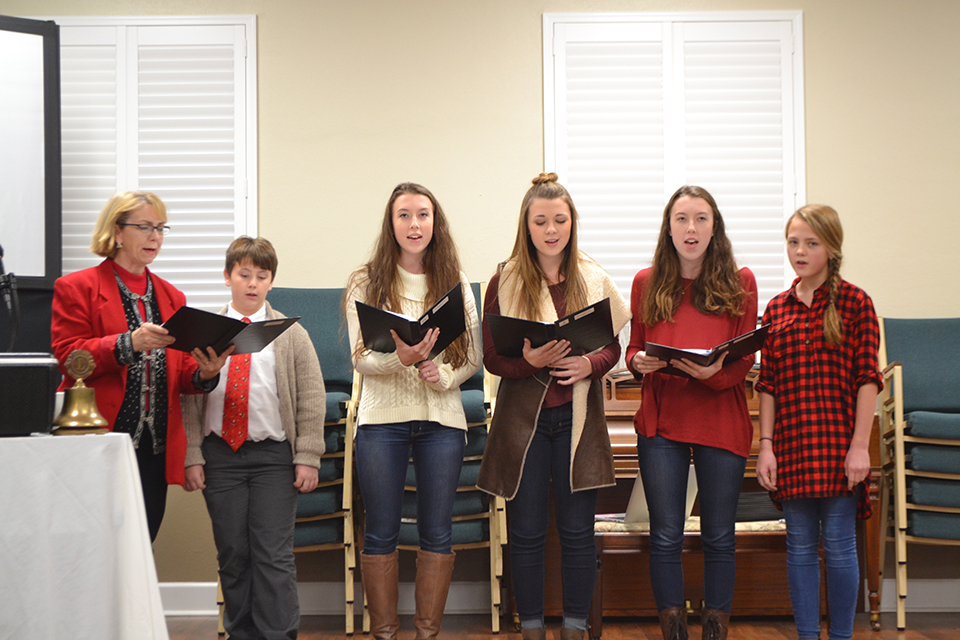 The West Point Lions Club held it’s only December meeting yesterday, hearing from a sponsored student and listening to a sampling of Christmas music from Springwood School, among other things.

The meeting, held at West Point Presbyterian Church, started off with a report from Tavieshia Davis, a Lanett High School student the club sponsored to attend the recent Lions Leadership Forum in Troy, Ala.

Davis recounted arriving at the event, only to discover that it would be attended by over 200 people from a variety of backgrounds.

“There were different lectures about what college would be like, how to become a leader and be a better person,” she said.

The second day, she said, was spent on my fun activities, including visiting an amusement park and going canoeing and zip lining.

“You can’t do a lot of that in Lanett, can you?” Phillip Johnson said with a laugh.

The final day consisted of church, followed by an awards program.

Davis noted that upcoming college freshmen could attend the event next year as a group leader, which she admitted she would likely do.

She also plans to attend the University of Alabama as a pre-dentistry student.

After a round of applause, the meeting continued with a short Christmas program provided by students from Springwood School.

“We’re excited to share with you a little preview before our Friday night Christmas program,” she said.

Included in the performed songs were: “O Come, All Ye Faithful,” “Jingle Bells” and “All I Want For Christmas Is You.”

Following the short concert, the club listened from members.

Eddie Lanier, club secretary and treasurer, presented a few club awards, including one recognizing the organization for 100 years of activity.

Susan Bullock, club president, made a check presentation to Christy Eddy, of the Christian Service Center, and David Ayres, of West Point Food Closet. Each was given a check for $600 raised during the club’s recent barbecue sale.