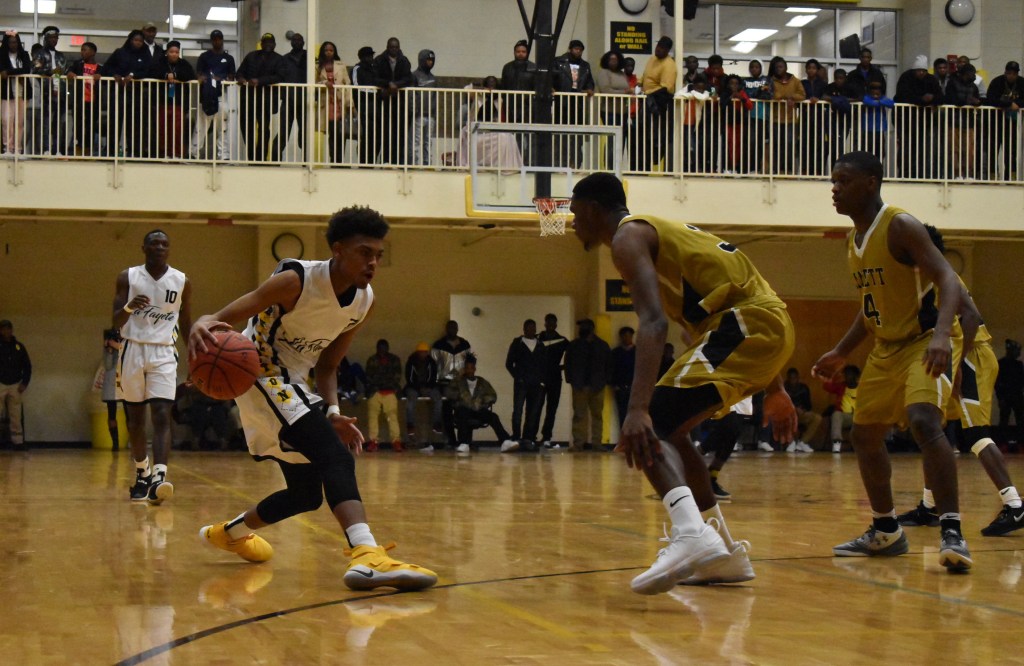 LANETT — The Lanett High School girls basketball team (6-3) improved to 3-0 in Class 2A, Area 8 play with its 44-19 victory over Reeltown on Tuesday night. Octavia Wright recorded a double-double by scoring 10 points and corralling 12 rebounds.

The Lanett boys basketball team (8-5) sealed a win over Reeltown as well. Terrion Truitt and Emanuel Littles scored 16 points apiece in the Panthers’ 68-48 victory, which improved their area record to 2-1.

The Lanett girls and boys will return to action on Friday when they host Sacred Heart. The Sacred Heart boys have won the past three 1A state titles.

The Bulldogs trailed by three after three quarters before outscoring their opponent 20-6 in the fourth. Sophomore guards Corey Boston and Matavais Burton recorded 19 and 16 points, respectively.

The LaFayette girls basketball team (8-8) also dispatched Horseshoe Bend, 48-28, to improve to 2-1 in the area.

The Bulldogs and Lady Bulldogs will return to area action on Thursday at Reeltown.

The Springwood girls and boys will return to action on Thursday when they host Chambers Academy.

MONTGOMERY — Freshman Britten Stephens scored 16 points to lead the Chambers Academy girls (7-8) to a 50-30 victory over Eastwood Academy on Tuesday night. The win moved the Lady Rebels’ region record to 3-0.

Both teams will return to action on Thursday at the Springwood School.