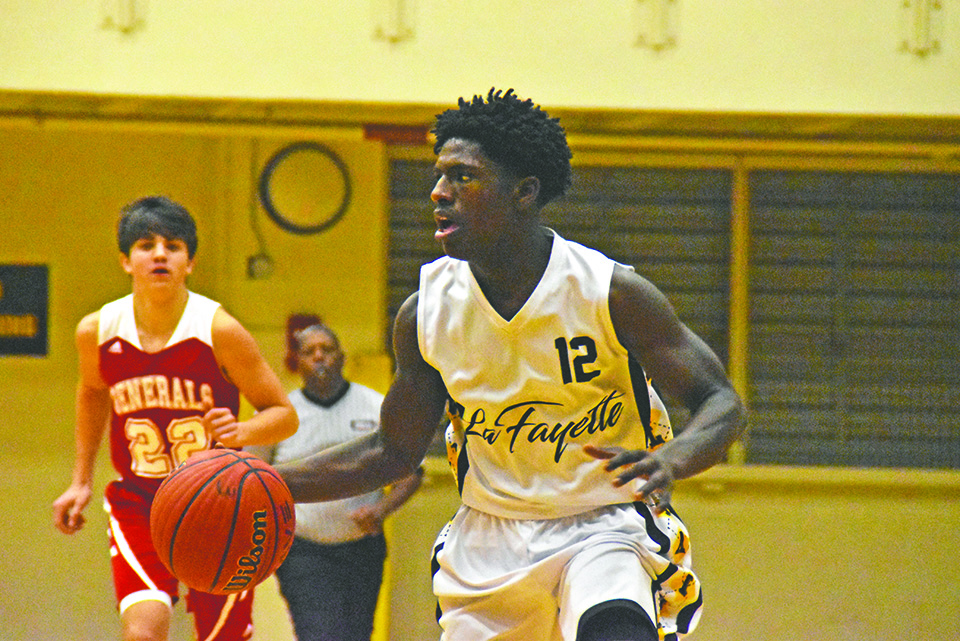 LaFAYETTE — A win is a win.

“That was just not very good. We didn’t get any better tonight,” he said. “We got better last night in a 25-point loss, and we did not get any better today in a 15-to-20-point win. We just have these lapses where we kind of think we can play down to our level of competition.”

The triumph snapped a two-game skid for LaFayette, the seventh-ranked team in 2A.

But the Bulldogs took the floor looking like a group worn down by recent losses to Lanett and Russell County.

They scored only six points in the first quarter amid a sluggish start and went to the halftime locker room tied with Horseshoe Bend, 14-14.

The sophomore point guard rode the bench in the first half and played sparingly in the second. But his third-quarter cameo provided the Bulldogs with the spark they needed.

Boston made steals on Horseshoe Bend’s first two possessions after halftime. He took one for a layup and distributed the other for an assist.

“Corey really is our tone setter,” Threadgill said. “He’s already been banged up and sore, so I felt like we could get him a little rest tonight, and we were just having a hard time with that.”

Their contributions helped LaFayette outscore Horseshoe Bend 17-4 in the third quarter and 32-20 in the second half.

Zarion Moore led the way with 12 points, seven of which came in the final frame. Horseshoe Bend’s Nalijah Heard posted a game-high 18 points.

This was the Bulldogs’ second victory of the season over the Generals. LaFayette also won the Jan. 9 meeting, 60-49, though its performance then left Threadgill with a distaste similar to Tuesday’s.

Th contest marked LaFayette’s final area game of the regular season. The Bulldogs finished 4-2, with their two losses coming to Lanett. They will return to home action against Handley on Saturday for senior night.