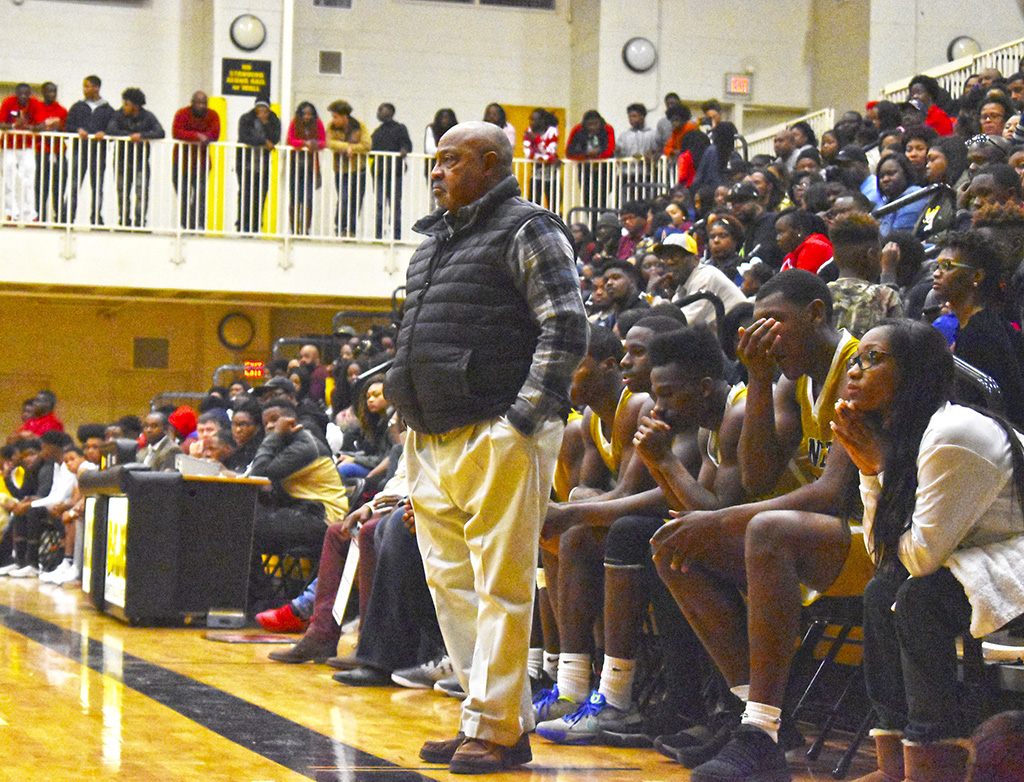 Lanett High School boys basketball coach Richard Carter learned in the past week that he had been named the 2016-17 South Sectional Coach of the Year by the National Federation of State High School Associations. (File photo by Sam Chandler)

LANETT — Richard Carter has won a number of awards in his 48-year coaching career.

In 2016, he was named the Class 2A Coach of the Year by the Alabama Sports Writers Association. He earned the designation after leading the Lanett High School boys basketball team to its first state title in program history.

In 2017, Carter was inducted into the Alabama High School Athletic Association Hall of Fame. His induction ceremony occurred one month after he guided the Panthers to a second-straight crown.

But few, if any, accolades carried the magnitude of his most recent recognition.

In the past week, Carter received a letter from the National Federation of State High School Associations informing him that he had been selected as the 2016-17 South Sectional Coach of the Year for boys basketball.

Carter, who has won more than 550 career games, said it was the “biggest” coaching award he has received.

Carter, who is from Valley and attended the now-defunct Rehobeth High, served as the head basketball coach at Valley High from 1975-99. Then, he spent more than a decade at Greenville.

He found success at each stop.

Carter guided his teams to 13 state final four appearances, but they never captured a championship. That changed at Lanett.

Since his arrival in 2012, Carter has taken the program to new heights. The Panthers have gone 64-13 the past two seasons en route to their state titles.

“These have been some exciting times for Lanett basketball because of the fact that Lanett itself had been to the state finals many, many times, but this is the first time that they had won a state championship,” Carter said. “To come here and actually win a state championship has been exciting to the community, to me.”

In 2016-17, the season for which Carter received the NFHS award, Lanett tallied a 25-7 record. The Panthers defeated R.C. Hatch in the 2A state final and placed two players, Emanuel Littles and Anquaevious Pollard, on the All-State First Team.

“He’s just been a total asset to our program,” Lanett athletic director Clifford Story said of Carter. “We’ve shined under his leadership.”

Carter said he was contacted last year by an AHSAA representative, who notified him that he was being nominated for the award. Carter then filled out the necessary paperwork. But that was a while ago.

“I had really forgotten about it,” he said. Then when the letter came, I looked at it and began to read it, and I said, ‘Oh, wow. Man, I can’t believe this.’ There was a bit of excitement.”

That has been a common sentiment for Carter as of late. The Lanett boys, who are ranked fourth in 2A, have won four of their past five games.

The team has begun to jell since gaining a full lineup. Many of the Panthers missed the first month of the season due to the football team’s state championship run.

“We are just getting our basketball legs, so I feel good about it because it’s the middle of January and we are beginning to hit a little stride,” Carter said. “This is the time of year that we want to be really moving it like we want to move it.”