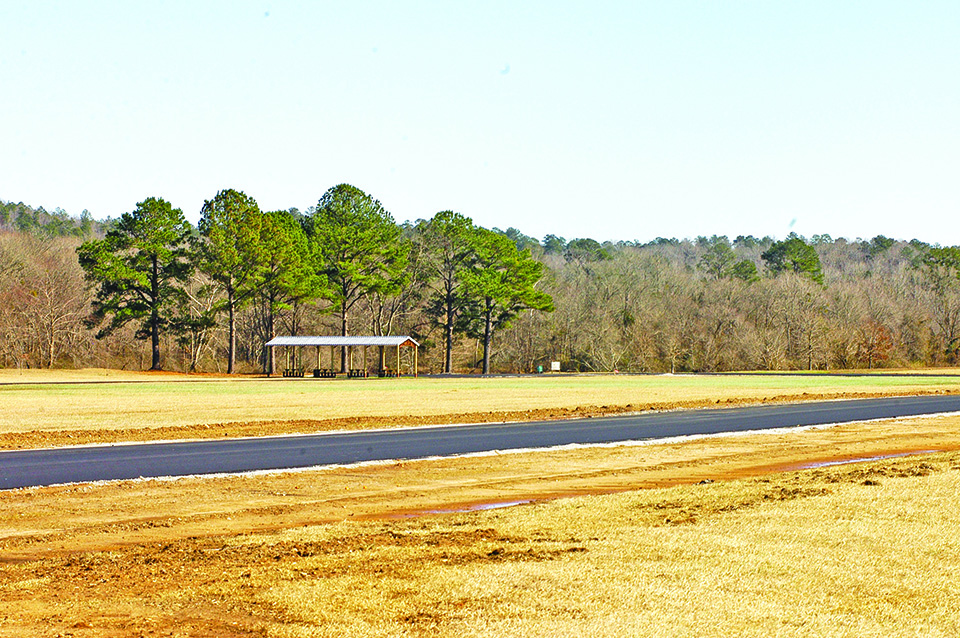 Old Shawmut airport will be reopening to the public within the next couple of weeks. It has been closed while upgrades have been made. (Photo by Wayne Clark)

VALLEY — A cooperative effort by the Chambers County Commission and the City of Valley has resulted in some major, and much needed, improvements at the boat landings on the Chattahoochee River in Shawmut and Langdale. The two elective bodies split the cost of having it done, and the Chambers County Highway Department did much of the work.

Located near the south end of the Langdale Dam tail race, the Langdale landing was open to fishermen this past Saturday. It’s going to take a little longer to open the one at the Shawmut airport site.

The road to Langdale boat landing has been repaved. Another new feature is a picnic pavilion near the old rock grill. Some picnic tables will be going underneath it in the near future.

The work at the Shawmut boat landing is taking longer. The paving work is done, but there’s some backfilling needed to complete the job. The problem now is that there’s a lot of standing water in the 80-acre field that sits inside a big bend in the river.

That happens in periods of rainy weather. Once it dries out, the backfilling will take place and the site will be open to the public.

The walking trail that cuts across the big bend in the river has been paved. There’s a new parking lot near the boat ramp and a large picnic shelter with four tables underneath it.

At Monday’s meeting of the Valley City Council, Mayor Leonard Riley said that Langdale site was open. He invited local fishermen to use it and to enjoy the surroundings.

“We will be putting in some picnic tables under the new shelter,” he said. “The work should be finished at Shawmut in a couple of weeks. It’s been closed longer than we wanted it to, but Shawmut site doesn’t drain very well. Once we get the backfilling done to the pavement, we will open it to the public.”

Riley thanked the county commission and county highway department for their help in this project.