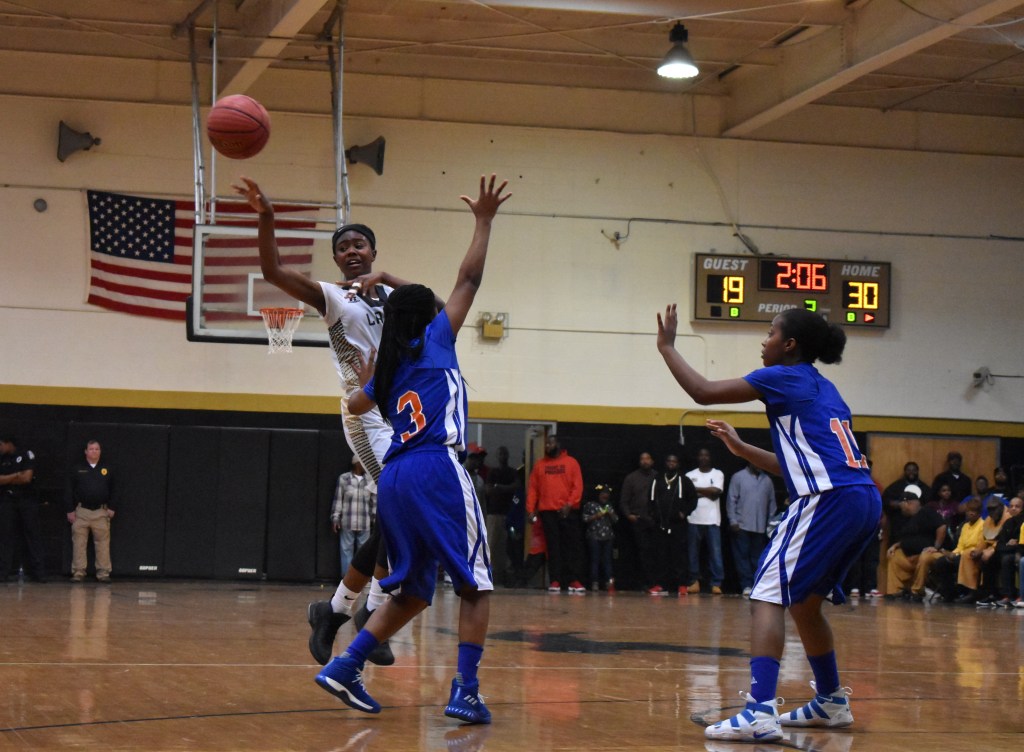 LANETT — The Lanett High School girls basketball team didn’t reinvent the wheel in Monday’s 56-38 win over Valley. But it did master the fundamentals.

On Monday, it resulted in the latter. Lanett deployed a press defense from the outset that stymied the Lady Rams’ (5-8) offensive rhythm and led to a flurry of turnovers.

Those created opportunities for transition layups. Frequently, the Lady Panthers were fouled.

“Again, I’ve got aggressive girls,” Williams said. “They go to the goal hard, and they get a lot of fouls called. On any given night, if they make enough free throws, we’ll be in great shape.”

Lanett converted 19-of-33 attempts from the charity stripe, including 13-of-15 in the first half. The team’s accuracy helped it build a 32-20 edge at the intermission.

Junior guard Makyia Broughton, who has started for the Lady Panthers since seventh grade, scored 15 of her game-high 25 points in the first two quarters.

“I just stayed focused and didn’t get distracted,” she said.

Broughton made shots from long range, sank pull-up jumpers and drove through contact to the basket. She also spread the ball to open teammates.

“She’s my point guard,” Williams said. “When your point guard can create and be aggressive the way she is, I mean, my team flows through her.”

Ambria Jackson, Alyse Madden and Octavia Wright came through as well. Jackson posted 11 points — all on free throws — while Madden had 10 and Wright had nine.

Their contributions enabled Lanett to create a commanding lead, 47-28, entering the final quarter. Valley resorted to heaving long-range lobs toward the basket.  Like its free throw attempts, few fell. The Lady Rams went 0-for-8 from the stripe.

“We couldn’t take care of the ball and couldn’t make free throws,” Valley head coach George Grimes said. “You’ve got to be able to do those two things to win or to be able to stay in the ball game. We just didn’t do either one.”

Valley will return to action on Tuesday at Notasulga.

Lanett will play again on Friday at home against LaFayette. Clifford Story, the Panthers athletic director, confirmed that Tuesday’s Class 2A, Area 8 game against Horseshoe Bend has been rescheduled due to the threat of inclement weather.