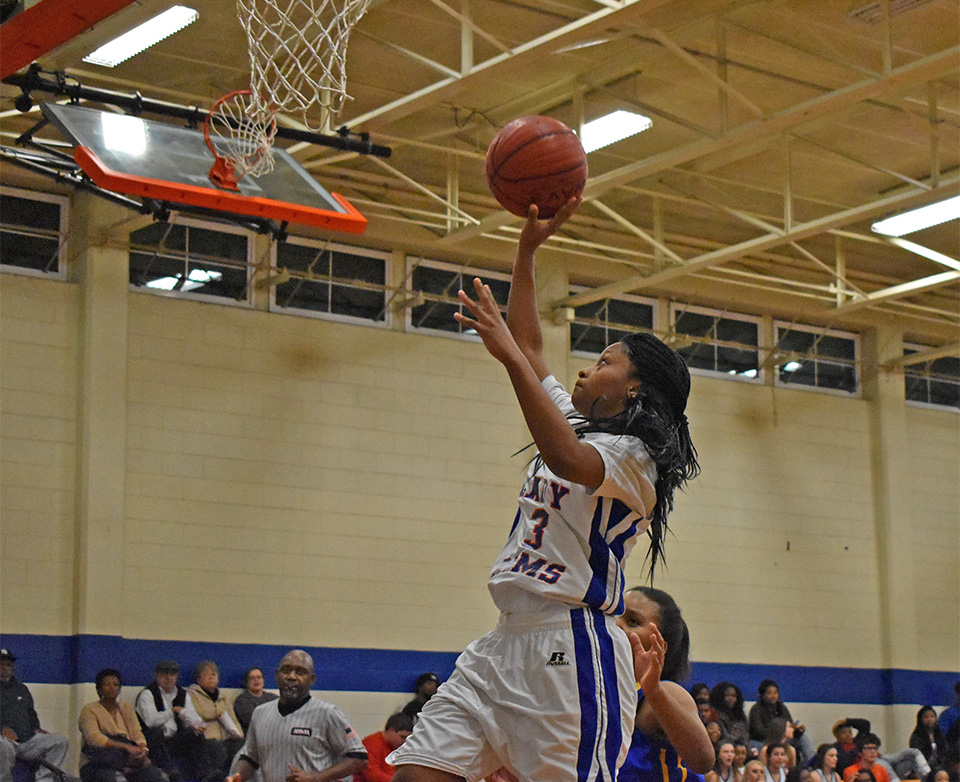 As soon as the visitors inbounded the ball, the Lady Rams confronted them with a smothering full-court press. The tactic shattered Beauregard in the third quarter.

Valley’s pressure created a flurry of forced turnovers that led to a scoring barrage. The Lady Rams poured in 33 points, mostly on transition layups, in the eight-minute span.

“That’s the whole goal,”  head coach George Grimes said. “I explained it to them in the summer, and I’ve explained it that way for the last couple years. We’ve got to be in position to capitalize when they make mistakes.”

The Lady Rams transformed a four-point halftime lead, 21-17, into an insurmountable advantage. The Lady Rams owned a 54-27 edge entering the final frame.

“This was the first game this year that it was over-the-top effective,” Grimes said of the press. “The kids really bought into what we were trying to do tonight. They were real aggressive.”

Kenjadae Dunn, the Lady Rams lone senior, recorded a game-high 34 points. Frequently, she found herself on the receiving end of deep transition passes that led to uncontested layups.

Notably, it was Dunn’s  first game back from an injury that sidelined her during Friday’s Area 5 loss to Booker T. Washington.

On Tuesday, she made her presence felt.

“She had an outstanding ball game,” Grimes said.

The victory boosted the Lady Rams’ record to 5-6 overall and 1-1 in the area. They will return to action on Friday at LaFayette.