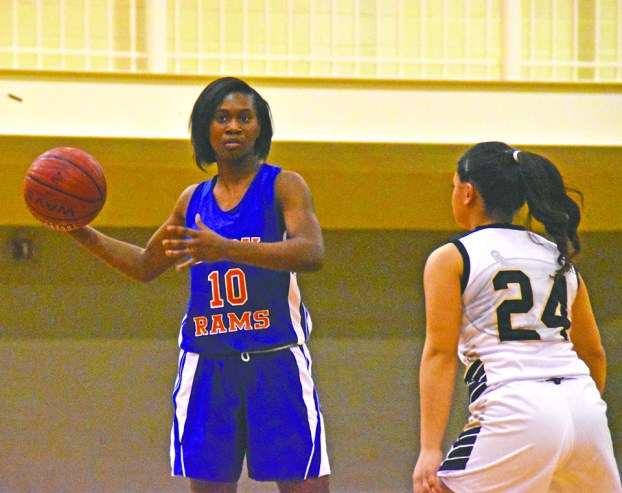 BEULAH — The Beulah High School girls basketball team kept it close for a half on Friday.

But then Valley took over.

The Lady Rams blew a three-point game wide open in the third quarter en route to a 50-30 victory. They started the second half on a 12-2 run behind 3-pointers from Ana Magby and Kenjadae Dunn, who set the tone on both ends of the floor.

“We did a good job on defense tonight, creating turnovers and capitalizing on the opportunities,” Valley head coach George Grimes said. “We could have had more, but we’ll take what we get.”

Magby and Dunn combined for 36 points, many of which came in transition after swiping steals. In one fourth-quarter sequence, Magby stepped in front of a Beulah pass, dribbled down court and dished it to Dunn for a layup.

Magby finished with a game-high 19 points. Dunn had 17.

“She’s a phenomenal athlete,” Grimes said of Magby. “She’s freakishly good when her game is on. She can literally take a game over either way she wants to, whether it’s on offense or whether it’s on defense.”

Valley led 12-9 after one quarter and 22-19 at the half. That’s when Valley accelerated, and Beulah sputtered.

The Lady Bobcats, playing their fourth game in five days, didn’t score a point until five minutes had elapsed in the third quarter. By then they already faced a double-digit deficit.

It proved too much for a team with tired legs to overcome. Beulah had picked up three hard-fought wins over area opponents earlier in the week.

“Four games in five days, to go 3-1, I’ll take it any day of the year,” head coach Sabrina Milligan said.

The bitter taste of defeat quickly replaced the sweet taste of victory.

The Lady Rams will return to action tonight at Notasulga.