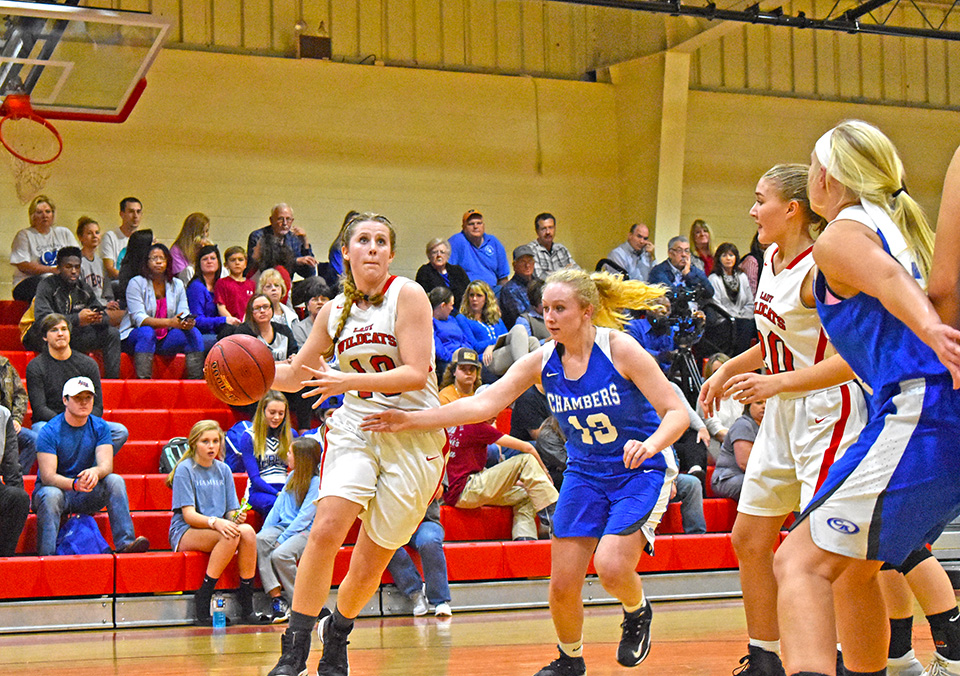 In the fourth quarter of the Lady Wildcats game against Chambers Academy, the students stomped on the bleachers and bellowed, “I believe that we will win.”

The team vindicated their confidence.

Battle had six of her game-high 15 points in the final quarter to help her team pull away.

“I didn’t feel the game was ever in jeopardy,” Springwood head coach Rick Johnson said. “But I felt like we had to keep our foot on the accelerator because they were pressing to come right back into it.”

The Lady Wildcats established control early on and held a 16-4 lead midway through the second quarter. Their airtight defense keyed the surge.

Springwood forced a number of turnovers and contested nearly every Chambers shot.

“I thought our first-quarter defense was the best we [have] played all season,” Johnson said. “We were focused, engaged, spirited.”

But the Lady Rebels (7-9) didn’t crumble. Lizzie Keebler sank a 3 from atop the key as Chambers ended the first half on a 7-2 run. The team didn’t rest during the intermission.

After meeting for a little more than a minute, head coach Brandi Fuller sent her team back on the court to practice free throws.  Missed shots at the charity stripe hindered the Lady Rebels in the first two quarters.

Chambers didn’t do either at the start of the third quarter. Keebler and Tori Harmon, who had a team-high eight points, scored on layups that trimmed Springwood’s advantage to six. The Lady Rebels never pulled any closer.

Martin drained two free throws and Battle banked in a putback layup near the end of the frame. Springwood led 29-19 entering the fourth quarter. Battle then carried her team the rest of the way.

“She’s like an escape clause for us a lot of times,” Johnson said.

“When we played them the first time we lost by nine, and we lost by eight tonight,” Fuller said.  “I take that as a good thing.”

Chambers will return to action tonight against Evangel. The Springwood girls will take the weekend off before hosting Glenwood, the state’s top-ranked team, on Tuesday.