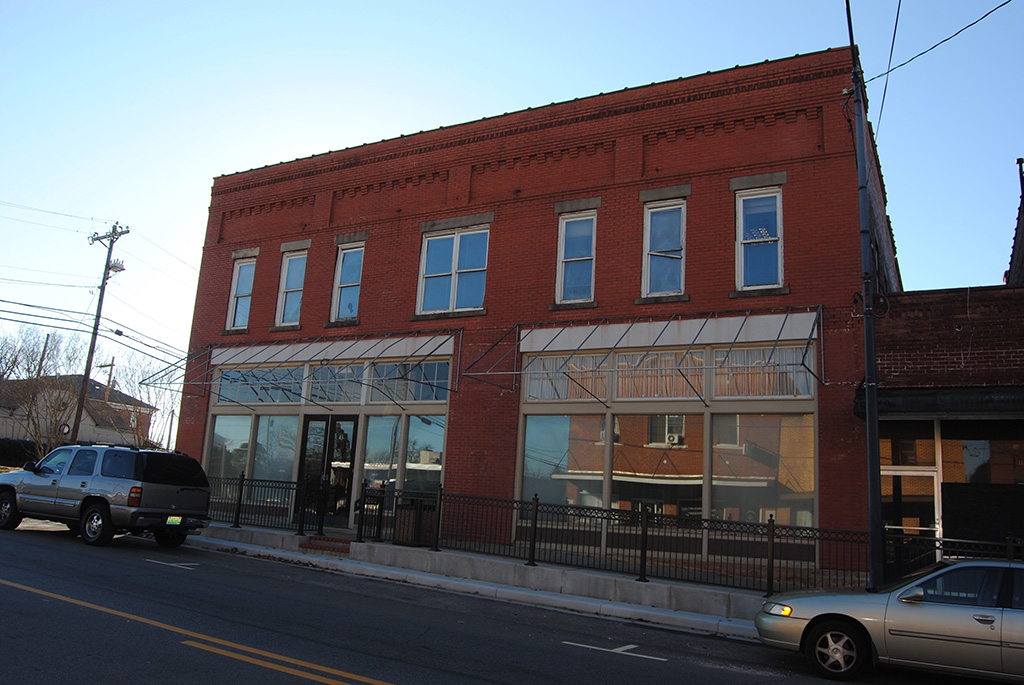 A NEW CITY HALL — LaFayette will be getting a new city hall this year. The present city hall is located next to the post office on Alabama Avenue West. It will be relocated to the above building, which faces U.S. 431 in the heart of downtown LaFayette. It’s a former headquartrers of McClendon Trucking and a much bigger building than the present city hall. It will have a drive-in window where people can pay their utility bills and has ample space for the police department. It’s also closer to the LaFayette Fire Department. (Photo by Wayne Clark) ­­

EDITOR’S NOTE: This is the third part in a four-part series looking ahead to the new year through the eyes of area mayors.

LAFAYETTE — The headline for the City of LaFayette in 2017 was the fact the town became home to the largest solar farm in the state of Alabama.

A 1,100-acre site on the southeast side of town has over 338,000 solar panels always facing the sun and producing an average of 80 megawatts of electricity in a single day. It was a massive undertaking to build it in 2017. An estimated 315 construction workers were on the site each day working for Swinerton Corp, the general contractor. The solar plant is owned by Clenera Renewable Energy of Boise, Idaho.

“We’re excited about having the solar farm here,” said Mayor Barry Moody. “It’s the largest one in Alabama and it’s something we’re known for.”

Mayor Moody said that 2017 was a busy year for LaFayette, that much was accomplished and that the city is well positioned to have a very good year in 2018 as well.

The downtown area has a nice, new look thanks to a streetscape project.

“We’ve had good facelift with new sidewalks going in,” the mayor said. “It looks great. We’re really pleased with it.”

The project was financed by close to a half million dollars in grant money. With a better-looking downtown area, city officials are hoping to bring in some new businesses. A new pizza business recently opened in the downtown area, and the mayor is hopeful that more retail businesses or professional offices will be coming there as well.

“We are supportive of business,” said the mayor. “We appreciate what our existing businesses mean to the community and want new business to come here, too.”

The city has big plans to develop a city park not far from Eastside Elementary School. It will be developed in several phases with some new playground equipment coming in Phase One.

“We’d like to build a new track for LaFayette High,” Mayor Moody said. “Hopefully we can get some help on this from the Chambers County Board of Education.”

Some federal grant money received last year helped the city with the acquisition of new vehicles for the police and fire/EMS departments.

The LaFayette EMS serves not just the city but a large rural area outside the city as well, including such communities as Ridge Grove, Abanda and Five Points. “We want to provide services not just to people in the city limits, but also to those in rural areas,” Moody said. “We appreciate them coming here to support our businesses.”

A major move being undertaken by LaFayette is to have a new city hall building. The current city hall is presently located northwest of the town square, next to the post office. Plans are to relocate from this building to the former McClendon Trucking office just across the street from The LaFayette Sun.

“It’s a larger building,” Mayor Moody said. “The fire department is on he back side of the building and we’ll be able to bring the police department on the back side of the new building. We will be more in the center of downtown with this move. We think it will be more user friendly for the citizens. We will have a drive-in window where they can pay bills without getting out of their car.”

LaFayette owns its utility system and is member of the Alabama Municipal Electric Authority (AMEA).

“We will  continue to upgrade our electrical system and our water lines,” Mayor Moody said. “LaFayette is the county seat, and we work closely with the county commission, the sheriff’s office and the county highway department.”

One area of close cooperation involves the Chambers County Agricultural Park  on the north side of town.

“A lot goes on out there, and we try to help Sheriff Lockhart with it,” Mayor Moody said. “We work together to support the events that take place there.”

A couple events each year, LaFayette Day in April, and a downtown Christmas festival in December generate big crowds in the city. LaFayette Day is part of the Hike/Bike/Run fundraising for Valley Haven School.

“It’s good to see those crowds coming downtown and people enjoying themselves,” Mayor Moody said. “We want to keep doing that.”

The mayor would like for the downtown area to be more lively. “We have some vacant buildings we’d like to fill up,” he said. “We  are working with the Chambers County Development Authority (CCDA) on this. We’d definitely like to have more retail and industry in LaFayette. We are doing everything we can to encourage people to shop at home. We support our local businesses and appreciate their calling LaFayette home.”

LaFayette has two major industries in its industrial park, Kardoes Rubber and Saehaesung, a Kia supplier.

“Things have been a little slow lately, but we think  business is going to pick up in 2018,” Moody says of the local parts plant.

“We are glad to have them here,” Mayor Moody said.  “Dr. Herring and his staff provide a needed service here, and we appreciate that.”

On the east side of town, a new Sunoco service station open toward the end of 2017. Its located near the junction of Highway 50 and the bypass.

The City of LaFayette has around 75 employees working in such areas as the police department, fire & EMS, as well as the street, water and electrical departments.

The city council meets every second and fourth Monday of the month at 6 p.m. CST at city hall.