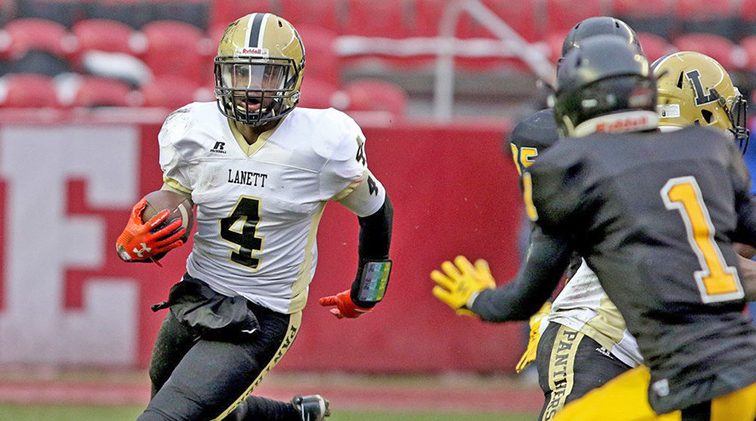 Word has since spread.

The national high school sports website MaxPreps, which is affiliated with CBS Sports, released its Sophomore All-American team late last week. Story made the cut as an all-purpose back.

He was the only player from Alabama to earn a spot on the first team.

“To see all the accolades I’m getting, I see that the hard work I’m putting in is coming to show,” Story said.

In his first season under center, Story completed 144 of his 221 pass attempts for 3,312 yards and a school-record 42 touchdowns. Opponents intercepted him only nine times.

“I credit all of my teammates, my receivers and my linemen, because they made the transition so easy,” Story said.

Story’s 42-touchdown total eclipsed the previous Lanett season-best mark by a single score. His older brother, Tre, tossed 41 touchdowns in 2016 before signing to play at the University of Richmond in Virginia.

Like his sibling, Kristian Story posed a dual threat to defenses throughout the fall. He augmented his passing production by rushing 91 times for 903 yards and nine touchdowns.

“Growing up all I wanted to do was run the ball, so I knew I could run,” Story said. “But this year I really showcased my arm, too.”

Story’s selection to the MaxPreps team further cemented his status as one of the nation’s top prospects. Already, the dynamic playmaker has received college offers from Alabama, Georgia, Louisville, Mississippi State and Jacksonville State.

He has been rated a four-star recruit by the website 247Sports.

But he isn’t satisfied.

“I feel like everybody has room for improvement, and this offseason I’m going to work real hard on mine,” he said. “Hopefully next year I’ll have an even better season.”