Rams pull away from Beauregard 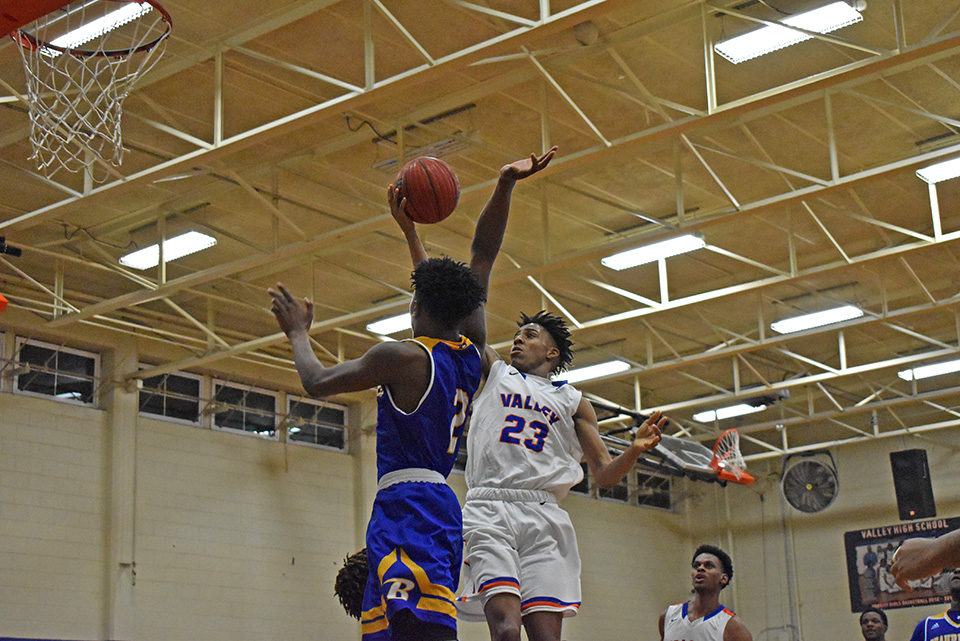 VALLEY — The Valley High School boys basketball team could have panicked on Tuesday night. As time elapsed in the third quarter, the Rams watched Class 5A, Area 5 opponent Beauregard slice their lead to one point.

Instead, they made a stand.

Valley guard Keionte Dent poked away a steal on Beauregard’s next possession. He then dished a pass in transition to his open teammate, Davontrez Daniel, who swished a long jumper from the right wing.

The sequence sparked a Valley run that bridged the third and fourth quarters. Ultimately, it enabled the Rams (10-6) to pull away for their first Area 5 victory, 63-56.

“I have nine seniors on the team, and they stepped up big today,” Valley head coach Marshon Harper said. “They were cool, calm and collected. When they made that run, we made a run.”

Dent is one of those seniors, and he helped lead the charge. He drained a 3 at the beginning of the fourth quarter that extended Valley’s lead to five, 46-41.

Beauregard never pulled any closer. Dent finished the game with a team-high 15 points.

“He can shoot, penetrate, finish at the goal,” Harper said. “He’s a vocal leader for us in the locker room and at practice…and he did an unbelievable job for us tonight.”

Valley led Beauregard 16-13 after one quarter and 27-23 at the half. The Rams then grew the gap to six in the third quarter before Beauregard surged. That’s when Valley issued its response.

The victory improved the Rams’ area record to 1-1.

“It’s a big win, Harper said. “We are a lot more ahead of schedule than we were last year.”

Valley will return to action on Friday at LaFayette.