Truitt up to speed 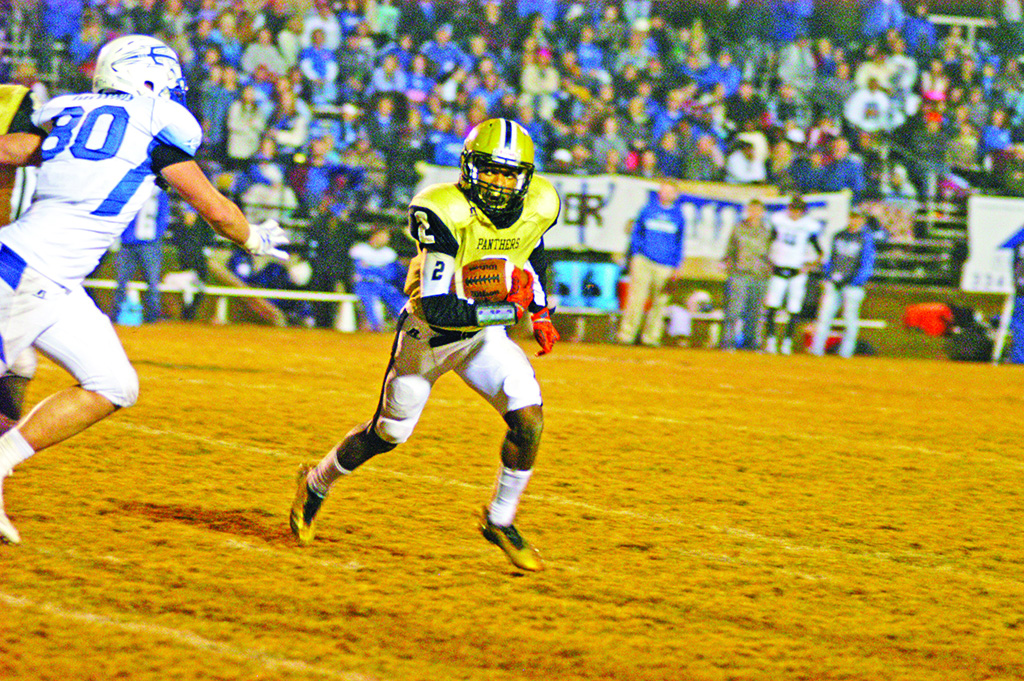 Lanett High School senior Ty Truitt scored 33 touchdowns and tallied more than 3,000 yards of total offense this past fall. He also was named MVP of the Class 2A state championship on Dec. 8. (Times-News file photos)

LANETT — Charlie Williams has been around football long enough to identify talent. The Lanett High School defensive coordinator can spot agility and acuity, length and strength.

But there is one distinct quality that sets top players apart, Williams said, and it can’t be coached. He calls it game speed.

The natural burst won’t reveal itself in a 40-yard dash or a cone drill. Instead, it shines brightest under the Friday night lights.

Williams has seen few athletes with the game speed possessed by Lanett senior Ty Truitt, one of three finalists for the Alabama Sports Writers Association’s Class 2A Back of the Year.

“You can feel something’s about to happen,” Williams said of Truitt’s every touch. “He might catch it on the 2-yard line and go 98 yards for a touchdown. When he’s running, he pulls away.”

Truitt used his speed to torch opponents throughout the Panthers’ 2017 campaign. Playing at wide receiver, running back and returner, he scored 33 touchdowns and tallied more than 3,000 yards of total offense.

Lanett head coach Clifford Story labeled Truitt the “nucleus” of his undefeated state championship team. Now, he’ll find out if it was enough to be named back of the year.

Truitt, Story, 2A Lineman of the Year finalist Baraksious Dowdell and members of the Panthers’ coaching staff will travel to Montgomery today for the ASWA Player of the Year Luncheon.

Truitt will contend with Fyffe running back Payton Anderson and St. Luke’s athlete Jermaine Brown for the honor.

“I did what I had to do on the field, off the field and in the weight room,” Truitt said of his standout season. “I listened to the coaches.”

Chip Seagle was among them. The Lanett offensive coordinator told Truitt in the offseason that if he didn’t make the All-State squad, it wasn’t going to be his fault.

Seagle assured him that he would be positioned to succeed in the Panthers’ spread offense.

“I was going to get him the touches,” Seagle said.

Seldom did other teams dare to kick in his direction.

But coaches and teammates had known about his elusiveness since he joined the varsity team as a fast but undersized eighth-grader.

“We knew early on that he had a chance to be elite,” Story said. “It showed as he got older.”

The practice field initially served as his proving ground.

Seagle remembers an instance last summer in which Truitt was challenged by a volunteer assistant to return a punt untouched. If Truitt did, he would treat him to a meal.

The catch: He had no blockers.

In a matchup of 11 on 1, Truitt still made the return, grunting with each nimble cut.

The drill provided a glimpse of what was to come. Truitt’s sky-high production this past season earned him a First Team All-State nod and today’s trip to Montgomery. Along with Dowdell, he will try to become the first Lanett representative in Story’s nine-year tenure to win a player of the year award for football.

Story and his coaching staff believe this time will be different. Truitt, the state title game MVP, played too critical of a role on the most successful team in school history.

Game speed can’t be coached. But its impact can be measured.

“Without Ty, we don’t win a state championship,” Williams said.