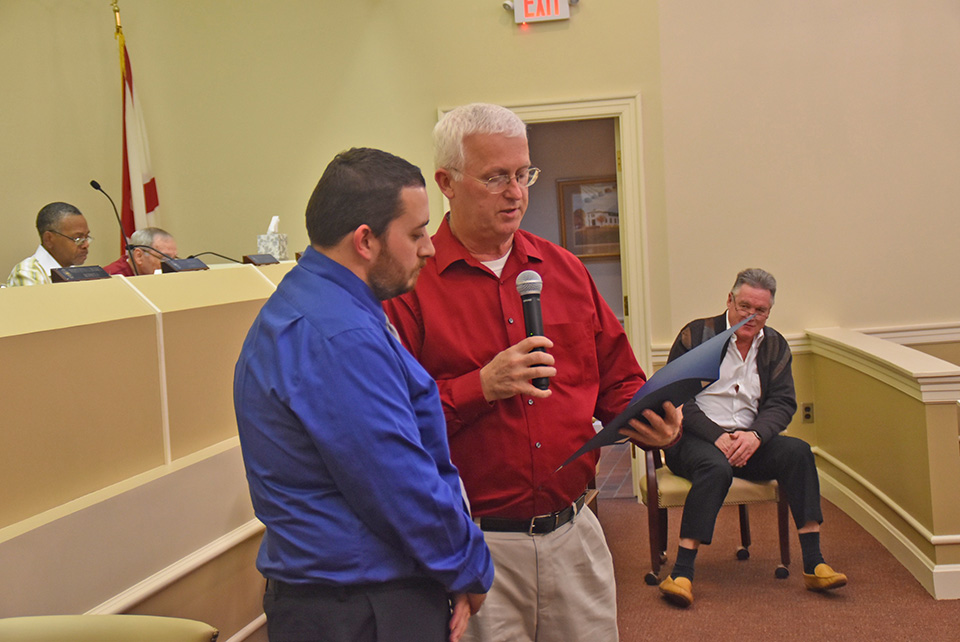 VALLEY — Members of the Valley City Council listened for nearly 30 minutes to an update on the status of the city’s comprehensive plan that started last year.

Ryan Kallem, principal planner with the East Alabama Regional Planning & Development Commission, went over the project and where his group was in the process.

Currently, the plan is in the inventory and analysis process in which it looks at various bits of census data about the city, conducts surveys and maps and analyzes what is learned.

While Kallem presented council members with the complete report, he highlighted specific information.

A total of 454 surveys were collected and analyzed.

Concerning community services, those people were asked to rate several items, with the highest rated being the public library and the lowest rated being healthcare.

They were most concerned over crime and the lack of entertainment attractions.

The most important community needs were more industrial jobs and opportunities followed by a proper reuse of mill properties.

Establishing partnerships with schools to provide skilled workforce training and creating and implementing a plan to reuse old mill properties were given as the opportunities that should have priority.

When asked, “If things were to continue the same as usual in the city, how do you think the city would stand in 10 years?”, the highest answer was fair, at 44.33 percent. It was followed by good at 16.67 percent. Bad and very bad tied at 14.54 percent.

Kallem ended by saying the next process review won’t be until March, when they plan to discuss the findings on housing in Valley.

The comprehensive plan was started on Feb. 13, 2017, when the city introduced and set up the initial analysis. Since then, the only other meeting was in April to hear the initial findings.

The City of Valley hasn’t done a comprehensive plan since 1996.

As a side, Mayor Leonard Riley said it was recently reported that Valley, and all of Chambers County, had an unemployment rate of 3.2 percent, one of the lowest in the state.

In other action, the council:

Received a quick update from Riley.

Dedicated a room at the Senior Center to Donald Perry Williams.

Declared a piece of city property as surplus and transferred it to the Fuller Center.

The City of Valley will next meet on Feb. 12.