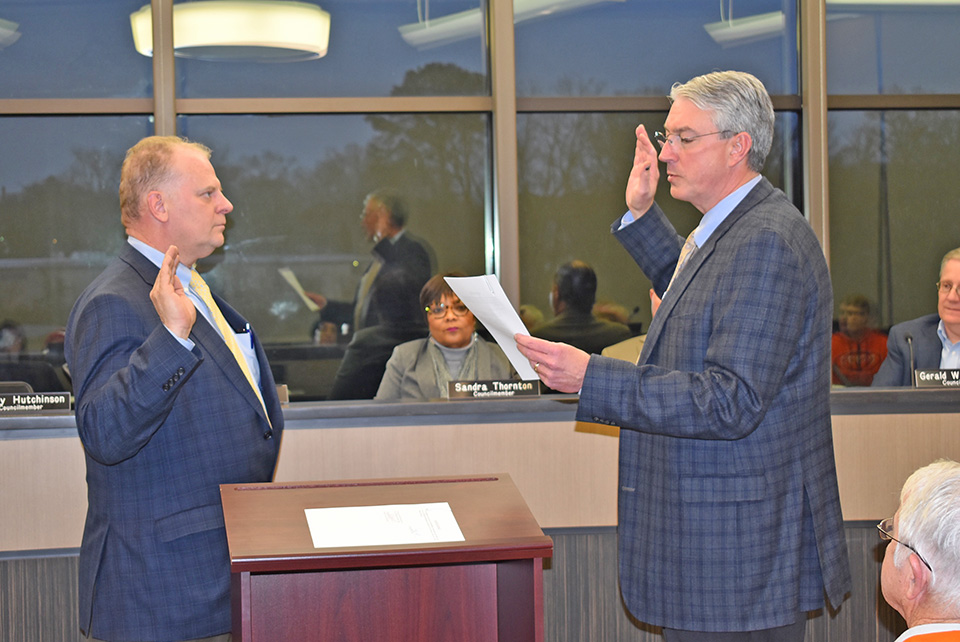 ABOVE: Mayor Steve Tramell gets sworn in by city attorney Jeff Todd. (Photo by Steven Thomas)

WEST POINT — The City of West Point swore in and elected new city officers during a business meeting Monday.

Council member Sandra Thornton was elected as Mayor Pro Tem to serve a 1-year term until a successor is elected and qualified.

Wesley Leonard was appointed as a municipal court judge after being nominated by Ben Wilcox.

Mark Carlton was elected as municipal court prosecuting attorney after being nominated by Joseph Downs.

In other action, the council:

– Denied a rezoning request to change 214 Beallwood Dr. from R1 to R2