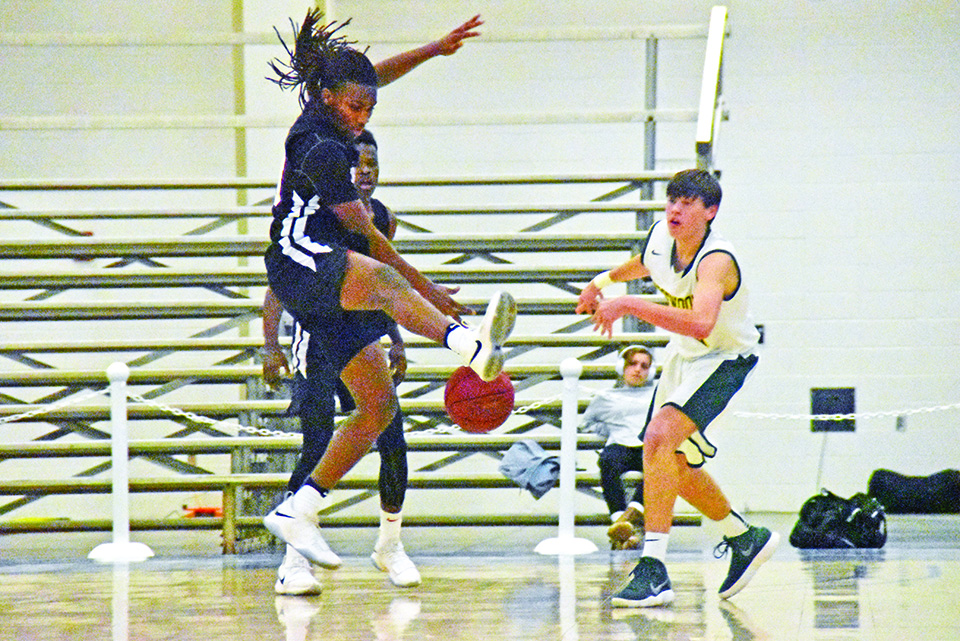 Springwood senior Christian Lancaster (10) played a key role in his team’s Thursday victory over Edgewood Academy. He scored nine points and helped anchor a defense that came through in the clutch. (Photo by Sam Chandler)

The Springwood School boys basketball team saw its season flash before its eyes.

But Henry Smith helped the Wildcats find their focus.

Smith drained a tie breaking 3-pointer in the fourth quarter of Thursday’s game against Edgewood Academy that sparked his team’s decisive run at the Montgomery Multiplex. Springwood (10-11) closed its 49-43 victory in the opening round of the AISA Class AAA Region 1 Tournament on a 12-6 surge.

The shot, which elicited a roar from the Springwood bench, represented Smith’s only points of the night. But the small contribution helped his team reach a major milestone.

The Wildcats are heading to the state tournament, which will be held next week, for the first time since 2015.

“The past several years, we have gotten to that hump, and I won’t say that we quit, but we can’t find a way to get over it,” Dorsey said. “Tonight, I think the guys were just determined. The resiliency was huge.”

Springwood led 19-11 at halftime, but it saw its lead slip away in the third quarter. Edgewood began the second half on a 15-5 run.

It took its first lead of the game, 24-23, with under three minutes remaining in the third quarter when Jackson Welch converted a three-point play following a foul on a made layup.

Edgewood also drew a  foul on its next possession, which led to another three-point play.

The Wildcats entered the final quarter trailing, 31-28. Their offense was limited in the third frame by Edgewood’s stingy defense.

“To be fair, Edgewood played outstanding tonight,” Dorsey said. “They scrapped, they took us out of our game offensively. I was just really impressed by the way that they played.”

But he was even more impressed by the way his team responded. Coleman Hull sank a turnaround jumper, Bryant Teel made a layup, and Christian Lancaster banked in a 3-pointer to start the fourth quarter. The teams were knotted, 37-37, with under five minutes to play.

Gus Davidson helped put the game away by draining 4-of-5 free throw attempts down the stretch.

Lancaster, Smith and Davidson are all seniors.

“Ultimately, I think our senior leadership is what did it for us,” Dorsey said. “It’s what allowed us to pull through.”

The win means that Springwood will return to action tonight in Montgomery. The Wildcats will face Glenwood, which it upset on Monday, 67-49, in a game that will help determine seeding for state.

“We know they’re coming out and they’re going to be ready to play,” Dorsey said.