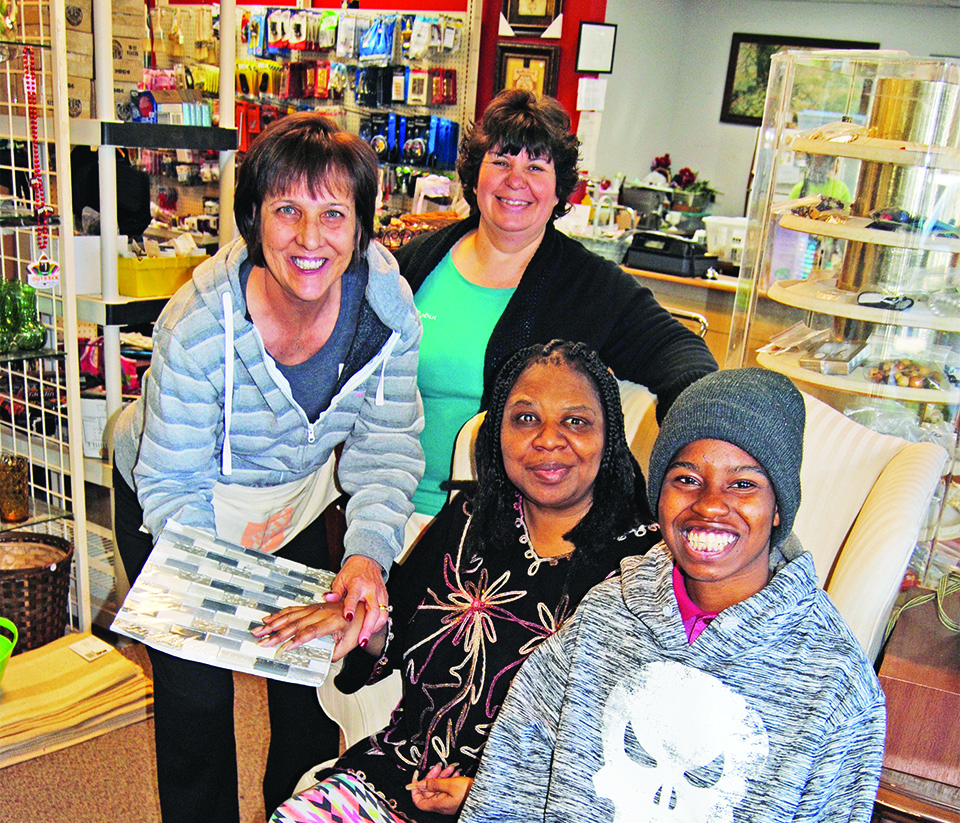 LANETT — The Chattahoochee Fuller Center Project is planning a very busy year in 2018. The organization plans to build four new homes, host a Block of Blessings event in West Point, and host a group of college students from Cleveland State University in Ohio.

“It’s going to be a busy year, and that’s good,” said CFCP Executive Director Kim Roberts. “What we do just gets better every year. We couldn’t do it without the community behind us. Our volunteers are always willing to help in any way they can. The churches are so supportive of us, and [West Point] Mayor Steve Tramell is a huge asset for us.”

“The City of Valley is already prepping the foundation for No. 39,” Roberts said. “It will be off Huguley Road in the Rehobeth Heights community, not far from House No. 36, which we built in the 2016 Millard Fuller Legacy Build. We will pour a slab for the new house on Feb. 19.”

Volunteers from EAMC-Lanier Hospital will take the lead role in the construction. The new home will be built for EAMC-Lanier employee Loretta Brewer, who has worked in the hospital’s dietary department for more than 25 years.

“Doug Dewberry and his team will have it dried in early March,” Roberts said. “We expect to have it finished by the end of the month or in early April. We are going to be crazy busy in March. On March 21, somewhere between 350 and 400 Point University students will be helping us with our Block of Blessings between Plum Street and Cleveland Street in West Point.”

Approximately 40 homes in this neighborhood will be getting some kind of work. Most of these residents are elderly people on fixed incomes. The students will be painting some of the houses, cleaning up yards and making needed repairs with Hardie board. Point will do this as part of an Impact Day, in which students take a day from classes to help around the community.

The week before Impact Day, the Cleveland State students will be pressure washing some of the houses they will be painting. Other CSU students will move some assembled walls to a CFCP construction site in Valley and some will be working in the ReUse Store in Gilmer Avenue in Lanett.

These students are coming to the Valley as part of Cleveland State’s Viking Expedition organization. They will be here from March 11-17.

On April 6 and 7, volunteers from the Church of the Highlands in Auburn will be building two sets of walls for CFCP Home No. 40, which is going to be built in Valley’s Redland Heights neighborhood.

“This house is going to be sponsored by the Fuller Center,” said Roberts. “We will be starting on it in late May or early June.”

Homes No. 41 and 42 will be built in West Point, starting in September. No. 41 will be in memory of Cliff Glover, the former Batson-Cook CEO who died last year at age 104. The house is being sponsored by Edmund and Sandra Glover and Bill and Martha Scott.

“We are looking to put a veteran in Home No. 42,” Roberts said. “It will be sponsored by Home Depot of LaGrange.”

Roberts said that she’s most pleased to have some new partners helping with the coming home construction this year.

“We are very happy to have Norbord partnering with us this year. They will be donating 125 sheets of OSB for the walls in the homes. I reached out to them to see if they could help us, and their human resources manager, Jon Anderson, was excited about an opportunity to do it. We really appreciate the support they are offering.”

Another major donation is coming from the Alabama-Georgia Wood Preserving Company in LaFayette, which will be donating some treated wood for the upcoming builds.

Roberts has been the CFCP’s executive director since 2010. She started as a volunteer for the Millard Fuller Legacy Build in Sept. 2009, which saw the construction of six new homes in Lanett’s Jackson Heights neighborhood. That brought the total number of CFCP homes in the Valley area to 23. Fifteen more have been built since then with four more in the planning stages.

“It’s amazing how God has blessed us,” Roberts said. “I think it’s because we keep giving back to the community. We’ve had some really good leadership through it all. Bill Scott is so encouraging. He believed in the ReUse Store even before it started. It’s been very successful, and it really helps people in the community.”

There are two paid employees and up to four volunteers in the store at any point in time.

“We have everything from furniture, appliances, flooring, lighting, kitchen and bath accessories – almost everything needed in a home setting,” Roberts said. “Some of the volunteers are our homeowners.”

The CFCP just completed its first decade of service in the local area. In late 2006, Lanett native Millard Fuller, founder of the Fuller Center for Housing, came to the Valley area to help start a covenant partnership between the local community and the Fuller Center. That idea grew into the CFCP, which was organized in 2007.

“Linda Fuller (his widow) is always telling us that Millard would be proud of our organization,” Roberts said. “She tells us that he would be pleased that we are continuing to build homes for deserving families and how much it benefits those families, especially children.”