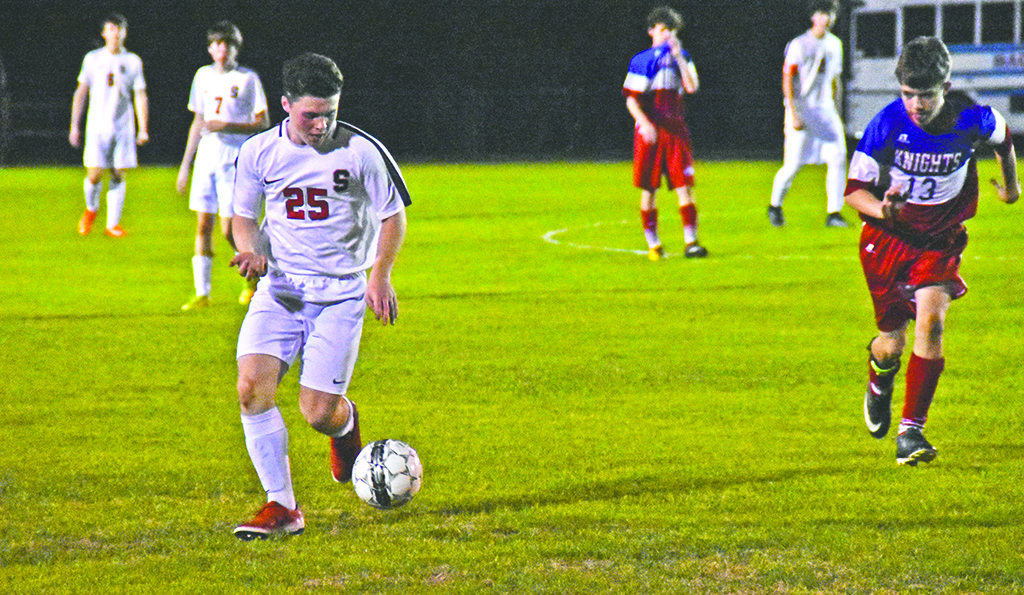 With less than two minutes left in overtime of Thursday’s game against Macon East Academy, the freshman winger outraced a pair of defenders to a perfectly placed through ball from teammate Coleman Hull.

Key then rifled a low strike past the goalkeeper and into the back of the net, lifting the Wildcats to a 3-2 victory.

“It’s left me speechless,” said Key, who was embraced by a swarm of teammates after the decisive boot.

The dramatic win improved Springwood’s record to 2-0 on the season. Last week, Key scored the decisive goal in a 1-0 triumph against Northside Methodist in the season opener.

“He comes up clutch once again,” Springwood head coach John Lanier said. “I’m not going to have any brown hair left by the end of the season. These are close games.”

The Wildcats nearly escaped Thursday’s contest with a win in regulation.

But Macon East knotted the score at 2-2 on a penalty kick with about a minute and a half remaining.

Macon East drew the penalty as it loaded the box in an effort to net the tying tally.

“They were putting a lot of pressure on us at the very end,” Lanier said. “They got the penalty, they took advantage. But our guys didn’t give up.”

Springwood sustained waves of pressure throughout the final 25 minutes of the second half. Center back Gunnar Hartzog led the defensive effort to stave off repeated scoring threats.

But when Macon East found the space to lace a shot, Springwood goalkeeper Mitchum Smith met the challenge.

He made a number of second-half saves, including one in which he steered a forcefully struck line drive over the crossbar.

Smith subbed in after intermission for starting goalie Antonio Roberts, who also held Macon East to a single goal.

“They both did fantastic,” Lanier said of his keepers. “The goals they scored on us were great shots.”

Macon East connected on a free kick late in the first half, trimming Springwood’s edge to 2-1.  Hull, who assisted on Key’s game-winner, posted two early goals to give his team an initial advantage.

Hull then finished what he started by threading the pinpoint pass to Key in overtime.

“They didn’t back down, they stayed in the game, and we were able to pull it out,” Lanier said.

Springwood will return to action next Thursday when it plays at Macon East. The Wildcats know they’ll be in for another test.

“We just need to take a game at a time,” Hartzog said, “and I think we’ll keep winning.”