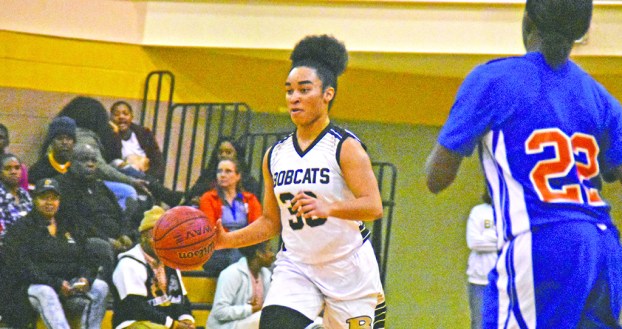 “They jumped on us pretty early,” Lady Bobcats head coach Sabrina Milligan said. “We never really recovered from it.”

Beulah (7-13) advanced to the final by defeating Randolph County on Monday in the first round.

But the team met its match in Central Coosa, which Milligan described as a bona fide state final four contender.

The Lady Bobcats fell behind 27-6 in the first quarter and couldn’t climb out of the hole.

Junior guard Kensley Taylor tallied a team-high 14 points in the defeat. She was the only Beulah player to finish in double figures.

But she was not the Lady Bobcats’ lone representative on the all-tournament team. Alicia Hodge and Katie Morris also were selected.

Hodge played a key role in

in Beulah’s 44-20 triumph on Monday, as she neutralized Randolph’s top scorer. Milligan said her effort proved the difference in the game. Morris contributed four points and nine rebounds in the win, which clinched Beulah’s spot in next week’s subregional.

The Lady Bobcats will play at either Montevallo or Montgomery Academy on Monday.

“My goal was to try to get to regionals, at least get to the sweet 16,” Milligan said. “We’re a game away.”