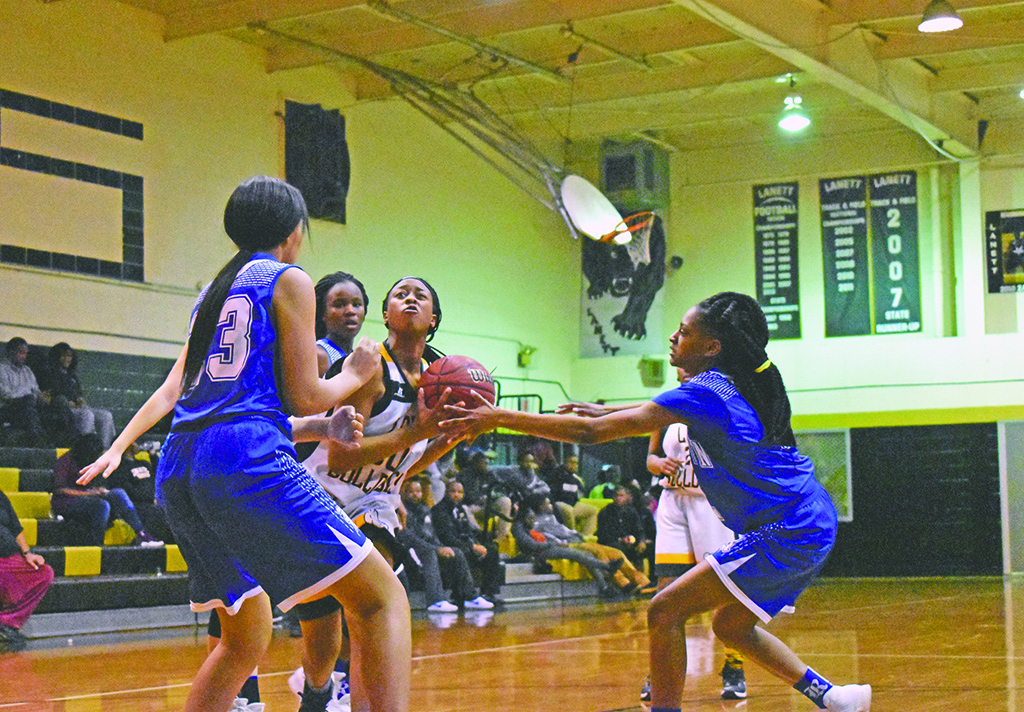 LaFayette High School senior Jasmine Pitts (30) posted a game-high 18 points in her team’s win over Reeltown on Monday in the first round of the Class 2A, Area 8 tournament. (Photo by Sam Chandler)

After that, the Lady Bulldogs never looked back.

LaFayette (14-10) dispatched Reeltown, 61-21, in the first round of the Class 2A, Area 8 tournament, advancing to Friday’s area championship against tournament host Lanett.

Reeltown’s season came to an end with the loss.

“The last few games we have really been playing well offensively,” LaFayette head coach Michael Bratcher said. “We’re scoring a lot of points. The girls are playing with a lot of confidence.”

The Lady Bulldogs have now won four straight games and have scored at least 54 points in each. They had no trouble surpassing that figure on Monday after jumping out to a strong start.

Behind Greer, LaFayette created a 17-5 first-quarter lead. She sank her opening triple, converted a coast-to-coast layup and scored on multiple second-chance putbacks.

Greer tallied nine of her 16 points in the first frame.

“She hasn’t played that way in a while,” Bratcher said. “The last couple games I feel like she’s almost been too passive, and tonight it was pretty much, ‘Get me the ball and look out.’ She was almost like a wrecking crew.”

LaFayette stretched its advantage to 31-11 at intermission. The Lady Bulldogs intercepted a flurry of Reeltown passes in the second quarter that led to easy buckets in transition. Their constant swiping prevented the Lady Rebels from finding a rhythm.

They kept up the pesky defense after halftime, too, even as the bench emptied.

“Anytime you can go to the area tournament and play every player on your team — and play them some meaningful minutes, play them lots of minutes — it’s a good thing,” Bratcher said.

LaFayette led 46-16 after three quarters before coasting in for the victory. Jasmine Pitts recorded a game-high 18 points, 13 of which came in the third and fourth quarters. Marsheka Shaw paced Reeltown with 10 points.

This was the teams’ third matchup of the season. The first two also yielded LaFayette victories.

“We’ll come out, we’ll have a game plan and do the game plan,” Bratcher said. “If we can execute what we’re supposed to do, maybe we can come away with a victory.”