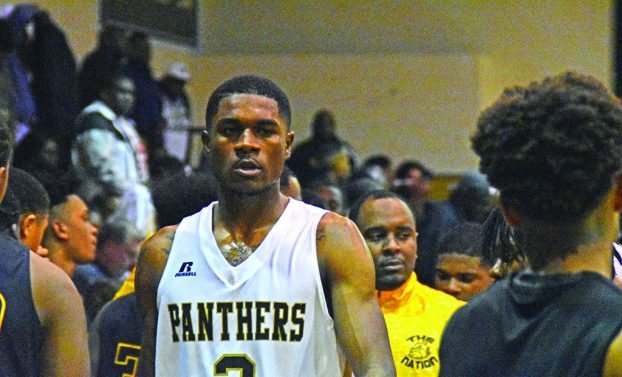 But the Panthers (22-5) are trying to cut that number to three.

Tonight, they will face Vincent in the Northeast region semifinal. Tipoff is set for 8:30 p.m. EST in the Pete Mathews Coliseum at Jacksonville State University.

On the line will be a spot in Monday’s region final (aka elite eight) against either LaFayette or Section.

“We look forward to the opportunity to play them,” Lanett head coach Richard Carter said of Vincent. “We feel like it’s going to be a war.”

The Yellow Jackets entered the postseason as the second-ranked team in 2A. In Tuesday’s sub-regional round, they beat Fyffe, 53-36.

But so is Lanett.

The Panthers, ranked third in the most recent state poll, enter today’s contest having won 12 straight games. Their last loss came on Jan. 6 to 6A Russell County.

One key to Lanett’s success has been its ability to dominate opponents in the paint. Seniors Anquaevious Pollard and Emanuel Littles, who stand 6-foot-7 and 6-foot-8, have exploited smaller defenders with their size, skill and athleticism. Vincent’s tallest player is 6-foot-5.

Lanett also possesses an edge when it comes to quickness. Few teams have guards who can keep up with ball-handlers like Ty Truitt and Quae Houston.

“Hopefully we can speed them up, play at our pace, because we feel like if we can get you at our pace, then that’s to our advantage,” Carter said.

Vincent last advanced to the region tournament in 2016. It fell to Section in the semifinal. Last season, the Yellow Jackets dropped their sub-regional tilt and did not advance to Jacksonville State. Ultimately, Carter said he suspects the outcome will be decided by defense, rebounding, free-throw shooting and mental preparation.

“If they are ready to play mentally, that is to say, ‘Hey, let’s go out and get it done,’ then we’re going to be fine,” Carter said.

WEST POINT — West Point Parks and Recreation is holding registration for a number of spring activities from now until... read more