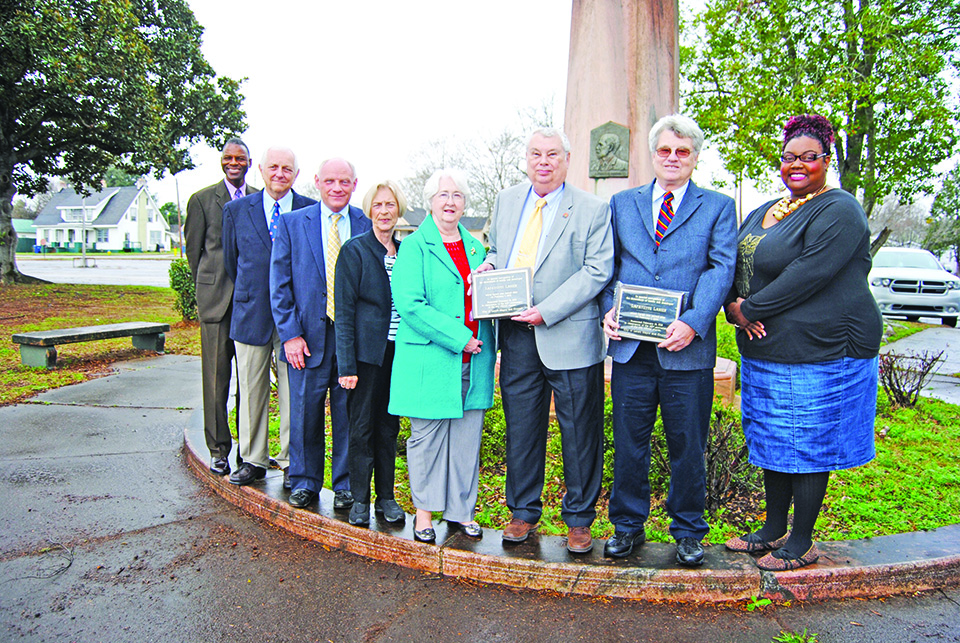 LANETT — On Monday, the Lanett City Council honored a local family and an individual for notable contributions.

Also honored was Mack Lett, who was a local high school principal during the racial integration period of the early 1970s.

“February 1, 2018 marked the 123rd anniversary of the founding of Lanett, Alabama,” he said. “Before that, the town had been known as Bluffton.

During the mill construction of the 1890s, a Lanett mill village went up nearby and families started moving in to work in the mill. Residents of nearby Bluffton thought it would be a good idea to change the name of the town to Lanett to capitalize off the growing popularity of the mill as a destination.

The name change, said Malone, was done by petition.

“A deposition was made by the principal property owners,” he said. “Among them were LaFayette Lanier, D.C. Adams, R.M. Croft, I.M. Scott, H.P. Harrington, Mr. Wilkinson, Prince Ferrell, Robert Boyd, Lee Heyman, the G.C. Johnson family, the Cherry family and others. They took a leap of faith to go with a new name.”

LaFayette Lanier IV thanked the city on behalf of the family.

“He succeeded John P. Powell as the principal of my school in LaFayette,” she said. “He was an inspiration to me and to a lot of other students at Southside. I was very pleased when I saw him again several years ago. I hadn’t seen him in a long time, but he remembered me instantly. That meant a lot to me.”

In thanking the council, Lett said that he first came to the Valley in 1949 and liked the hometown feel the area had.

After serving in the Korean War, he decided to come back here to live.

“The Valley has always had separate identities,” he said. “There’s West Point, Lanett, Huguley, Shawmut, Langdale, Fairfax and River View. It has always seemed like one community to me.”

Mayor Kyle McCoy thanked LaFayette Lanier IV, Mary Elizabeth Lanier and Frank Lanier for coming to the meeting. He also thanked Mack and Mary Lett, and their son, LaVance, for being there.