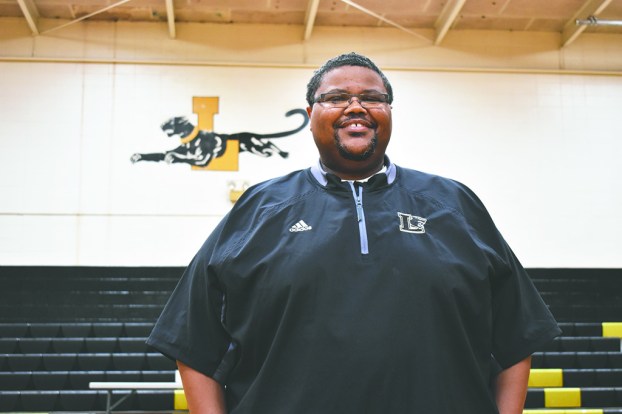 He asked God to send him somewhere he could prosper.

The Lord delivered, although Price originally questioned the destination.

“I actually wanted to work everywhere except Lanett,” Price said. “I wanted to do everything I could not to come back home.”

Price, now in his 19th year of teaching, never left Lanett City Schools after accepting a long-term substitute position at L.B. Sykes Junior High in the wake of his college graduation.

The 1994 Lanett High School alum has flourished in his hometown.

Last month, he received his third career teacher of the year award for his work as a science instructor at Lanett Junior High.

LHS Principal Jennifer Boyd, who attended Lanett with Price, said he brings dependability and dedication to the workplace.

“He’s really great at what he does, but he also builds a rapport with his students,” Boyd said. “I think that that has a bearing on how successful he is in the classroom as well. Everybody loves Coach Price.”

Price has taught at the elementary and junior high levels during the course of his career. Currently, he teaches eighth-grade physical science and seventh-grade life science.

But his impact at Lanett extends beyond the classroom.

His accomplishments in the various athletic arenas rival his achievements in the classroom.

“Here at Lanett we’re blessed with athletes,” Price said.  “I just believe if you work hard and compete as hard as you can, you’ll win about 90 percent of the time.”

But in order to have a chance at victory, teams must make it safely to their games and meets. Price oversees that element, too.

He has driven his own squads to their competitions for as long as he has coached. He also drives the bus for the varsity boys basketball team and, occasionally, the varsity football team.

“Coach Price is the total team player,” Lanett athletics director Clifford Story said. “He’s just one of those people that will do whatever it takes for the program. Anything you ask him to do, he never hesitates. The only thing he needs to know is what time and where he needs to be.”

Price said he is fueled by an innate desire to see his pupils excel.

He finds few things more disheartening than watching a student fail or a team fall short. He prepares them accordingly.

Price wants Lanett’s up-and-coming generation to prosper —  wherever its path may lead.

“This is where I ended up,” he said. “I’ve been really, really blessed to have success in the classroom and success coaching.”