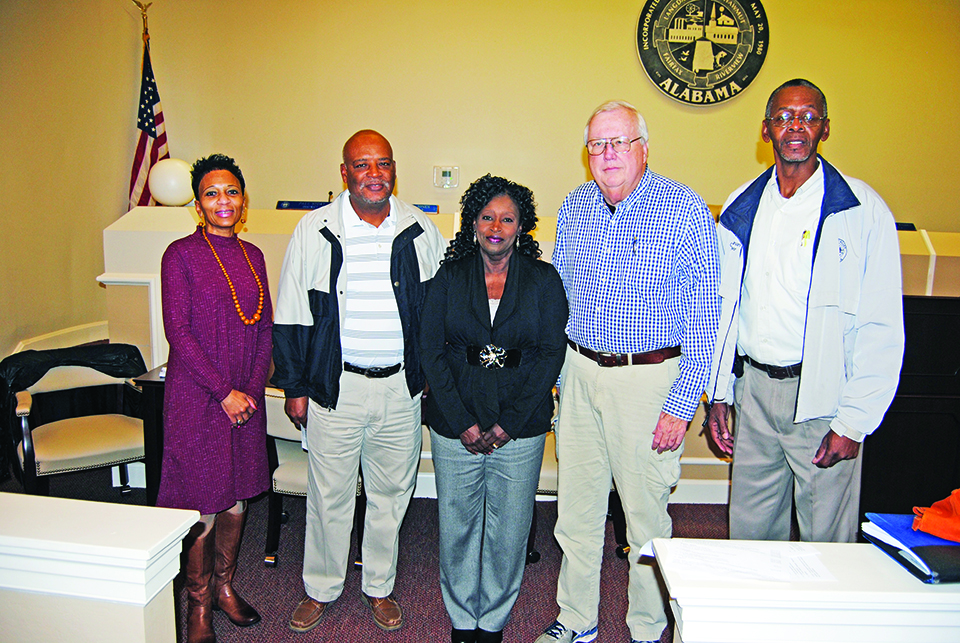 VALLEY — Cassie Carlisle is the new council member for District 5 on the Valley City Council. She was chosen in a 4-3 vote over Kendall Andrews at Monday’s council meeting and will be sworn into office at the Feb. 26 meeting. She succeeds Lana Wiggins, who died several weeks ago.

“I can’t stop shaking,” Carlisle said after Mayor Leonard Riley announced the result of the secret ballot vote taken among the council members. “I am so happy about this and am eager to serve my district.”

One of the first to congratulate her was Andrews, who lives in the Riverview community and is a civil engineer working for the Lee County Highway Department.

Carlisle emphasized her educational background and more than 30 years of making difficult decisions in the business world, resolving all kinds of issues and conflicts.

She was accompanied by her husband, Eddie. They have been married 44 years and have two grown children, both of whom are University of Alabama graduates. Their son lives in the Birmingham area and daughter in New York state.

Carlisle told the council on Jan. 29 that her desire to serve on the council had been influenced by her previous service on the city’s board of adjustments. She was able to see issues  from many different perspectives and was sympathetic with those who said they’d felt their complaints and been falling on deaf ears.

“I want to lend an ear to the citizens of Valley, acknowledging that their concerns are important,” she said at that time. “I would like to be a voice for those who might feel as though they don’t have a voice.”

“We had three excellent candidates,” Mayor Leonard Riley said before the council members marked their ballots. “We’ve had a hard time with (making a selection), and I have no idea how it will turn out.”

In action taken at Monday’s session, the council imposed liens on properties located at 2506 12th Avenue in Todd Addition and at 3242 U.S. Highway 29.

The property on 12th Avenue is owned by Deborah Taunton. On Jan. 9, the city’s Public Works Department spent most of the day cleaning up the yard and hauling away debris. The cost of doing that came to $2,232. That’s the amount of the lien.

Cleaning up the site on Highway 29 was much more complicated. This took place last October and involved an asbestos abatement. A lien in the amount of $14,389.65 has been filed against property owner Hillcrest Fuel Mart, Inc.

“That was an expensive one to take down,” Riley said.

Planning and Development Travis Director Travis Carter said that the Taco Bell restaurant located on Highway 29 would be closing this Wednesday. The present building will be torn down with a new one being built on the same site. The new Taco Bell will be opening in mid-May.